Interview with Dave Eggers: “The thing to take seriously is how we can lessen the fears of others” 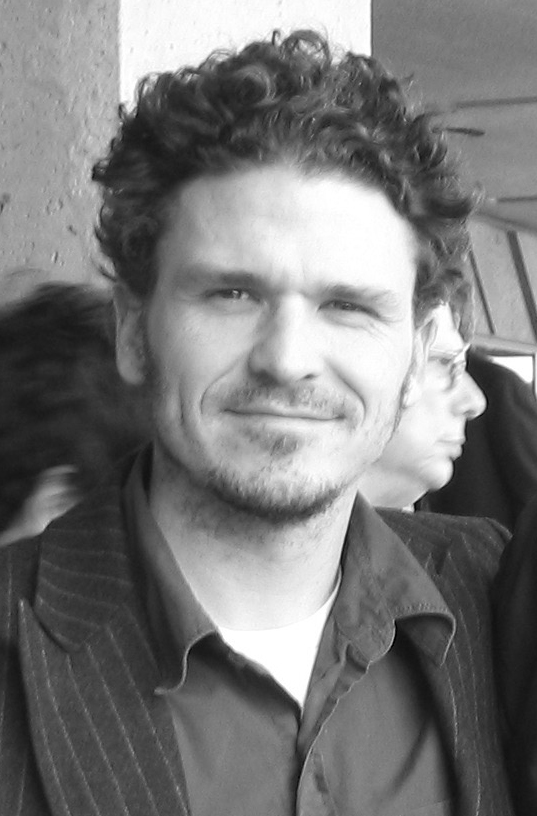 The novel A Hologram for the King, written by Dave Eggers and translated into Romanian in 2016, inspired the movie in which Tom Hanks had the leading role. The writer Dave Eggers became known in the literary field through A Heartbreaking Work of Staggering Genius, a Pulitzer Prize finalist and chosen Book of the Year by several well-known publications. He worked together with Spike Jonze on the screenplay for the movie Where the Wild Things Are and he is also the author of the novel The Wild Things, inspired by the original children story written by Maurice Sendak. He cofounded 826 Valencia, a nonprofit organization dedicated to children and young adults who wish to improve their writing skills. He also founded ScholarMatch, a program that brings together persons who want to support education and students who need money for their college tuition.

You connect social themes, you draw, through writing, a map of urgent matters that we should solve. What important issues do you believe you’ll be connecting in the near future?

Right now all of the United States is obsessed with Trump and his madness. Very little work is being done. He has the country in a constant state of anxiety and unrest, which makes any creative work very difficult. History will show that during the last 18 months, and for the foreseeable future, little deep thinking could be done by anyone, because we live every moment at a boiling point of outrage.

You do various research depending on the book you’re writing. When did you know you’ve gathered enough information for Alan, the main character in A Hologram for the King?

I had been taking notes on Alan for a long time — about three years. I was thinking about what had become of those of his generation and background—the people who had steered, or at least were complicit in, the decline of manufacturing in the US (and many other countries). The one day, a friend of mine came back from Saudi Arabia, and told me about the King Abdullah Economic City. I felt that was the perfect place to put Alan. He was lost in life, and I wanted him to find himself in a desert of his own making, both figuratively and literally. So I went to Jeddah, and to the actual King Abdullah Economic City, and found it every bit as surreal as I had hoped. And the Saudis I met were very warm and welcoming, so separate from Alan’s business dealings, there is that crucial cultural and human component. We see Saudi Arabia as this mysterious and impenetrable place, but then you go there, and in myriad ways, it’s not very different at all. People are people. That’s not to excuse the many ways women are deprived of rights there, but even then, the many women I met were awake, and fighting for increased rights—the same as they do all over the globe. I came away inspired and with many new friends.

A few years ago, in an interview for New Statesman, regarding the criteria for publication at McSweeney’s, you said that you were at that moment “really looking for plain old good writing”. Do you believe that nowadays, as readers and humans, we are also looking for good old and stronger principles and values?

People will always hunger for truth, and for that truth to be told to them directly. Especially when it comes to the workings of the real world, we are confronted with so much misinformation and doubletalk, that when we find any stories that tell us the truth without obfuscation, we respond with great relief and gratitude.

Among so many projects that you are managing and developing, you are also known as an advocate of the printed word. In your opinion, are we winning the printed word battle?

Yes. About ten years ago, there was widespread panic that ebooks would soon render the printed book obsolete. That didn’t happen. Some people read ebooks, but far more continue to read printed books, and it looks like that ratio, 25/75, will hold. In the United States, there are more independent bookstores now than there were fifteen years ago. It’s been incredibly heartening. People will always love beautiful things, and if we make books beautiful inside and out, they will never be obsolete.

In an interview for The Telegraph, talking about reading books as a child, you said that “it’s like the cement is still wet when you’re at that age; every little mark can become permanent”. From that perspective, does literature still take care of grown-ups as well?

It does. There is still no better delivery device for the creation of empathy. We have a series called Voice of Witness which collects oral histories from victims of human rights crises. Many of the narrators are refugees, and I’m convinced that if we could get Trump to read even one narrative from one person, he would be forever changed in his attitudes toward refugees. But he doesn’t read. Those who don’t read can’t have their worldviews challenged or changed, and their hearts are closed to ever feeling anything new.

In The Circle, SeeChange technology acts as a potential moral entity. As we keep up with new technologies, do we become blind to what we need to change about ourselves?

The question I find fascinating is whether or not surveillance —surveillance we voluntarily acquiesce to — makes us better. We are filmed constantly, in stores, on streets, in schools, and taxis, always with the goal of preventing crime and holding people accountable. There are those who would extend it without limit, in the interest of perfecting human behavior. If we’re watched constantly — even with our emails, even at home—wouldn’t we behave better? With 24-hour voluntary surveillance, couldn’t we become perfect? It’s of course a terrifying idea that would alter humanity forever, but I would posit that a good portion of the population would welcome it.

How would you say the process of writing a book changed over the years? From A Heartbreaking Work of Staggering Genius to, let’s say, A Hologram for the King.

The process is different with every book, honestly. It never gets much easier, and it’s never the same.

Were there any fears you feel you had overcome during your career and experience as a writer, a journalist and a publisher?

There are fears every day. Every book, every project is a risk. I think the crucial thing is to remember that we will soon be dust on a planet made of dust, floating in a universe utterly indifferent to us. So we can’t take our own fears too seriously. They are about as important as lint. The thing to take seriously is how we can lessen the fears of others. If life has meaning, and I believe it does, it emerges most clearly when we alleviate suffering in our fellow humans.

What makes all your projects and programs so efficient and in a continuous development?

It all comes from bringing in the right people. We have a lot of organizations, and they’re all run by brilliant people who do the work I could never do myself. I’m not efficient, and I’m hopeless with math, and I’m a terrible manager of people. But the people who run the organizations, from 826 Valencia to ScholarMatch and Voice of Witness, are truly wonderful and I’m lucky to be able to sit in the audience and cheer them on.

Do you have new plans for 826 Valencia, so that it will develop even more?

This year there will be two new centers, in Minneapolis and New Orleans. We are always growing, and in the Trump era, the need for our services will grow far more. Our goal is to make sure immigrant families feel welcome and their children succeed in school. We will be very busy these next few years.