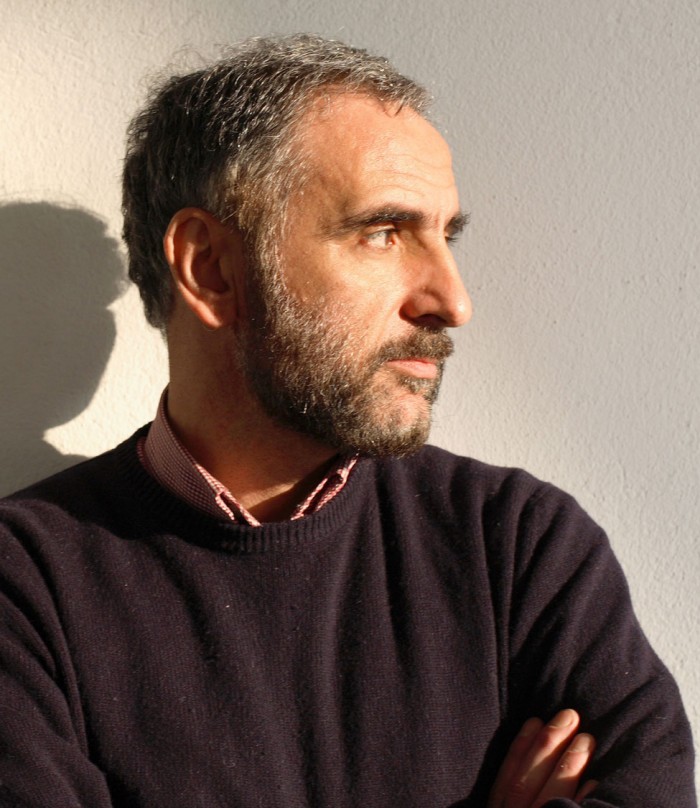 The Italian writer Michele Mari wrote a unique book – that is a fictional biography of the band Pink Floyd, centered around the influence which Syd Barrett had upon the history of the band. It is a game played on different levels, mixing the biographic reality with fiction. Both the members of the band and the important people who had contact with Pink Floyd appear in Rosso Floyd.

We talked with Michele Mari about literature and, of course, music.

When did you start listening to Pink Floyd?

Here and there, in 1979, the year of The Wall, so late considering my age. I started listening to them systematically only in 2006, the year that Syd Barrett passed away.

How did you come up with the idea of writing a fictional biography of the band?

Initially the idea revolved only around Barrett and his artistic and human trajectory, but quite soon I realized that I needed to open up the point of view to the all the members of the band, putting in dynamics of love, hatred, sense of guilt, friendship.

This question also appears in your book – which one do you prefer – Roger Waters or David Gilmour?

Waters for sure, for reasons which I elaborate upon in the book.

Did any of Pink Floyd members read your book? If so, what was their opinion? If not, which one of them would you like to read it?

No, none of them read it, also because it has not been translated into English yet. I understand however that Jenny Spires e Libby Gausden, two girlfriends of Barrett of the old days, did read it in the French translation. I’ve sent the book to Peter Boyd, the first manager of Pink Floyd, but I do not know whether he read it.

How much time did you spend researching for the book? I’m guessing you’ve read hundreds of interviews, articles and documents.

The research did not precede the writing of the book, but rather went alongside it, during a pregnancy that lasted some ten months. But at a certain moment I stopped reading because the bibliography on Pink Floyd is very repetitive, as it is based on the same sources.

Was it hard to find a distinct voice for each of the characters? You play a lot with different voices and you are a great parodist. Somehow this comes across as poetic.

The characters have the voice which I liked to imagine for each of them, and which I tried to specify and emphasize also in order to differentiate them. But apart from that, in all of my books I’ve been simulating different ways of expression, miming the style of tradition or the one of particular writers, and the jargon which is typical of certain social and characterial “types”.

In Rosso Floyd you focus on Syd Barrett and almost every character is obsessed with Barrett. Why?

Because the main theme of the book is that Barrett is the energy which has continued to feed the career of his mates for more than thirty years, as if one was writing of the sacrificial lamb and of his blood.

Can you tell us your top five favourite Pink Floyd songs?

How much of the story in your book is reality and how much is fiction?

It belongs to the logical structure of the book to mix these two levels by making the boundary between them invisible, and in a few years even I will not recall what is true and what invented. Having to answer schematically I would say 60% reality and 40% fiction.

Who are your favourite authors?

Do you listen to music while reading? What about while writing? If so, what kind of music?

Yes, usually. While writing Rosso Floyd I obviously listened just to Pink Floyd, or so. At other times a lot of Nick Cave e Mark Knopfler. In general I favor melodic rock (and I listen to a lot of Bruce Springsteen).

I have no rules, I write whenever, according to inspiration, but never after dinner. The only rule is not to put effort if I feel that it’s not the right moment.