Interview: Nava Semel talking about the Jewish tragedy and the act of remembering 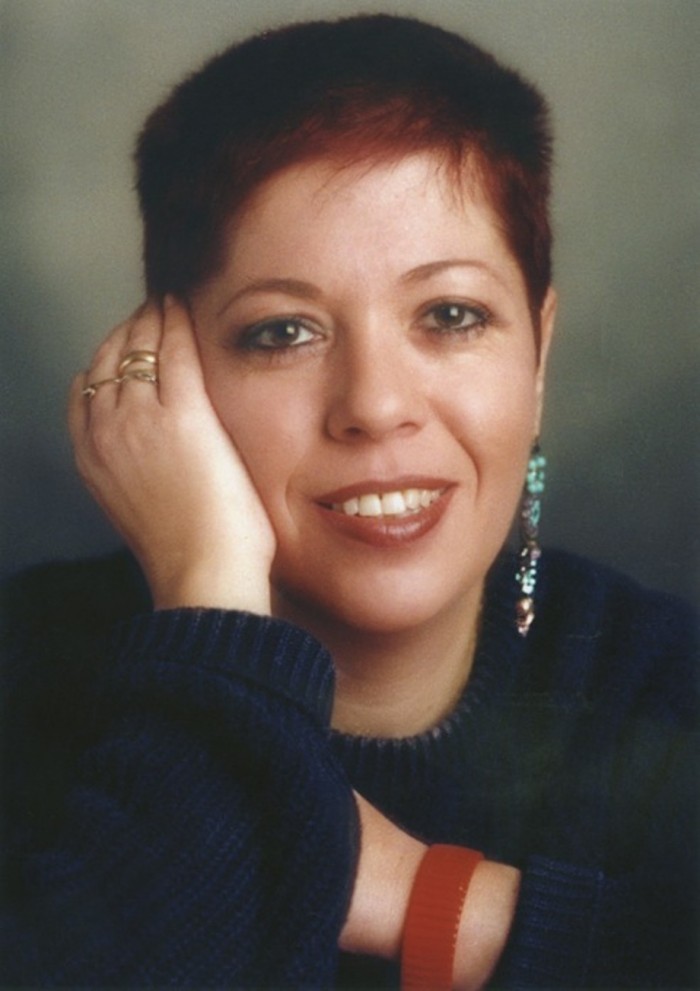 Nava Semel is an Israeli author, playwright, screenwriter and translator. And the Rat Laughed was recently translated into Romanian and it is a book that not only talks about the horrors of Holocaust, but also it’s a novel that deals with the act of remembering them. Nava Semel is one of the characters in Oana Giurgiu’s documentary movie, Aliyah Dada, talking about her parents experience as survivors of the Holocaust.

What should Jewish people do about their individual, painful stories? Should they keep the stories for themselves, buried deep within their past, in family stories or should they/we bring them to light?

Memory must pass on, so to make sure that the Holocaust won’t be denied or forgotten. The jewish people were murdered only because they were Jews and this is unprecedented in human history.
How to pass on memory is an individual choice. Each survivor must choose his best way to transfer his memory to his next generation.

The subject of your novel is haunting and powerful. I’ve read that you imagined it, that it was not based on an actual true story. How did you come up with the idea, how was your novel born?

It took two years to actually write the novel, yet the seeds were planted ten years before. While living in NY in the late 1980s I attended the first gathering of hidden children. At first, they were the image of success and the SHOAH couldn’t be attached to them. Later, I detected a frozen child inside, struggling with his memory and torn between an impossible dilemma. On one hand, he yearned so much to recall his lost identity, on the other, he was too afraid to remember the most heart breaking moment of his life: the separation from his parents.
When leaving the conference, walking on Park Avenue on a beautiful fall afternoon, I heard a voice whispering in my head: “someone must give voice to these “mute” children”. I never imagined this someone would be me.
Later, I collected testimonies of hidden children. They were very short, laconic, as if not only memory was suppressed but their entire being is coded into short, very formal sentences. Their memory was paralyzed.
The last trigger for writing was a meeting with a survivor who shared his life with me. During the conversation in a café in Tel Aviv on a stormy night, the door opened and closed constantly. I’ve noticed how edgy he became. His face turned that of a boy. He confessed how he is still waiting for his mama to come back, as she had promised him so many years ago.
The door banging started the book. I heard the grandma’s voice in my head.
While writing, I lost the track of reality and the border-line between my real life and fiction was melting. Although my mind knew that the girl in the pit is fictional, my body reacted to her agony. When she was starving I stopped eating too. When she couldn’t sleep I became insomniac.
I’m still in awe that people read it and are moved. Although it is fiction, I felt that people will approach me following the publication with similar stories. A few people did. They thanked me for being the voice for their buried story.

Your novel is about the act of remembering, about the construction of a story starting from painful, deep, childhood memories. And about a trauma. How does a trauma transform when it is being told or written?

In its ancient meaning, the art of storytelling is also the art of healing, when the story succeeds in pulling something from the deep hinterland. Through my storytelling I embraced my mother’s personal account of pain and loss, and the scar she would carry for the rest of her life. Yet I’m aware of the fact that a complete repair – Tikun isn’t possible.

The novel offers a wide spectrum of possibilities on how can we remember; a story, a legend, a diary, a research, and poetry. The poetry chapter in the novel consists of the thoughts and feelings of the little Jewish girl in the pit who one day will become the grandmother in Tel Aviv.

Thinking about the grandmother, why is it so hard to build a story like that, which are the barriers that make it so difficult to take it from the past and put it into words?

Giving a testimony means to re-live the horror. This is why it is so painful.
I salute the survivor for finding the emotional courage to open their bleeding scars. They take the risk of shaking their stability, nevertheless they do it.
I always watch my mother with her grandchildren. She’s much more open to a dialogue with them than she has ever been with me or older my brother.

You were saying at the beginning of the book that it’s not a story easy to love by the public, an optimistic one. How does the public receive such stories?

When I brought the book to my publisher I told him “This is a novel no one will read’. But to my amazement, readers in Israel responded most warmly. The book got rave reviews and to my surprise, even became a best-seller.

It enjoys a long life, being translated to English, German, Italian and now Romanian. The opera version (composer: Ella Milch-Sheriff), was also performed at the National Theatre in Bucharest and Sibiu Festival in 2008.

The story changes depending on the perspective. Do you believe in an absolute truth, in literature, history or real life?
Art can convey emotional truth. However, I make sure that the historical facts are totally accurate. The characters’ emotional space is my challenge as an author.
I always felt that my books had chosen me rather the other way round. It is a mystery how I became a corridor for characters who kept silent for so many years and finally find their voice through my writing.

Could you tell us a bit about your family history during the Holocaust? How and when did you find out what happened to your parents, how did they tell you about their past? How was the act of remembering?

My parents were born in Bukovina, which is now partly Ukraine, partly Romania. Bukovina was a glorious center of German-Jewish culture, so my parents’ native tongue was German. My mother Mimi Artzi, lived in Transylvania in 1944 and was deported to Auschwitz. My late father Yitzhak Artzi was a Zionist activist in the underground in Bucharest.

I am a typical child of the 1950s, driven by an ambition to achieve an instant Israeli identity. We were brought up in Hebrew only, so to break the old stereotypes of Jews in the Diaspora and to become a newly turned page in history. We were supposed to compensate for the horrors of the past.
But the past was hiding secretly, waiting for the right moment to claim its rightful place. “Hat of Glass” (Pălăria de sticlă) I was writing in 1980 revealed to me that the shadow of the Holocaust is part of my identity.

Our break from the Jewish identity was traumatic. It was not a natural stage in the development of a people, one of many luxuries we could not afford. Our transformation from “Jews” to “Israelis” was harsh, painful, costly. It took my generation more than three decades to reconcile ourselves with our ancestors’ identity.

Only when I became a mother myself I dared open the safe deposit box and ask my mother “How did you survive?” The very same question is being asked by the granddaughter in my novel. She, like an echo of me.

What ties you to Romania and how do you see our country, then and now?

My father was always proud of his Romanian roots. Gradually, he made me realize that Romania is part of my heritage too. He took me to Bucharest as early in 1981 and six years later the entire family went to visit our parents’ birth places and our ancestors tombstones in Siret and Suceava.
As a member of the Knesset (The Israeli parliament) my father was very active in both helping the Romanian community in Israel and the Jewish community in Romania. He was a strong advocate for the immigration of Romanian Jews to Israel during the Communist regime.

What do you feel about Oana Giurgiu’s movie, what do you think its role could be?

I admire Oana for taking upon herself such an challenging endeavor. She has done it with lots of energy and sensitivity. I’m sure her film will be an important contribution to our knowledge about the Romanian Jews and their quest to make a new life in Israel.
I’m glad my mother Mimi who is now 93, was able to give Oana an interview. It is probably her last documented testimony.

How can you tell, in the 21st century, a story about a tragic past in a way that the public could feel a connection to what happened then?

The innovative angle in my book is the perspective of the future. In the year 2099 my protagonist Lima discovers a Holocaust myth and tries to unfold its origins.
We all know that we must and should remember the Holocaust, but the question is HOW. This is the last moment because the clock is ticking. Some of the survivors are still among us, so we must listen to whatever they can tell and carry on the mission of remembering.
The real protagonist of my novel is memory itself. I tried to follow its path, how it is carried into a world where the survivors no longer exist, nor their children. In their absence art has a special responsibility of becoming a carrier of past pain and present scars.

What would you like your readers to get from the book?

That a human being has a choice between right and wrong. He/She can either choose to be the two cruel and brutal peasants who abuse the little Jewish girl, or the noble priest who saved her. In writing him I paid homage to those who gave my parents a helping hand during her time of darkness and taught them that the laugher of the rat is still possible.

Let me add that translating from Hebrew is always a challenge. Not only the foundations of this ancient language are rooted in the bible, but because it was revived only 120 years ago, it opened so many new and exciting possibilities.
The translation was done with much care and commitment by Ion Stubea and I’m very grateful for his efforts in bringing this novel to the Romanian public. I’m also deeply honored and moved by the beautiful introduction written by distinguished author Norman Manea.