Interview with Andrei Kurkov: ”I decided to be a writer when I found out that writers don’t go to work”

Andrei Kurkov was one of the special guests at the International Festival of Literature and Translation from Iași. Then, I had the opportunity to have a conversation with him, who is one of the best known Ukrainian authors, who mostly writes in Russian. He has so many stories to tell, some of them seem fantastic, and others make a strong impression on you.

We spoke about his most recent book translated in Romanian, A matter of death and life, about how he chooses his themes, about writing, being a writer, about spaces, identity, translations and so many more. I invite you to discover all of them in the following lines.

A matter of death and life (translated in Romanian in 2012 as Prieten drag, tovarăș al răposatului, Curtea Veche Publishing) speaks about suicide in a very unusual way. How did you come up with the theme?

I grew up in a very peaceful society, the Soviet one. Then, after the collapse, the society turned very violent. We had gangsters, murders, people who were killed in the street, anybody could be a victim. Some of my friends were killed, for example, by mafia.

I always try to be an optimist, I am an optimist. At that time my friends asked me many times if I was an optimist; so I invented a category, black optimism, to fit those difficult periods. A black optimist is a man who is sure that everything will be fine, but he is not sure that he will survive this time.

I had an impulse of very black humor in that period and this novel is written then, in ’94-’95.

And making it more general, how do you choose the themes for your novels?

I was enjoying life, writing and inventing stories when I suddenly became a political commentator for Ukraine. I became more politically involved so I could not write anymore everything I wanted. So I started to think more about what is important and what will reflect my attitude and where I can use my favorite literary instruments, like irony, absurdity, black humor, adventure, philosophy.

Now, for example, I’m writing a novel which is very difficult to write, but I hope I will do it right. It’s a book about Lithuanians, there are no Ukrainians there. It’s the story of three young couples who try to emigrate together to different countries. It’s about Lithuanian culture and mentality, about Europe. It’s not so funny, it’s a complex novel and I don’t know yet how it will end.

When I read A matter of death and life I had the impression that it was written all at once, it gave me the sensation of a river freely flowing.

This novel took me four or five months to write it non-stop, but I thought about it two years before starting to put it on paper. Usually I think about the novel for a long period of time, I tell it as a story to myself, every time changing the details. And when I feel that it is ready to be written down, I start writing it. 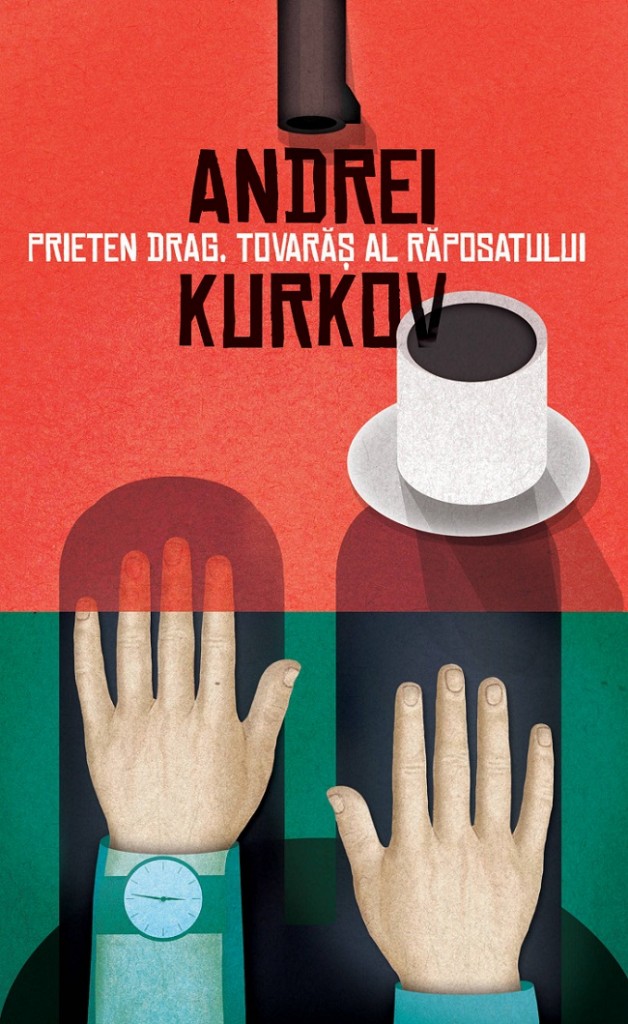 But do you always know the end?

Sometimes I know the end, but the end is different when I come to the end. I had several situations when I thought that I knew where I was going and suddenly I was taken somewhere else by the characters.

“The empty white paper, with its idea of the beginning, annoys me”, says Tolia, the main character of the novel A matter of death and life. Do you have the same feeling?

It used to be the case, but now it doesn’t annoy me actually. I think that maybe I became less passionate about writing and more passionate about discussion, discussing the works of literature. When you deal more with the spoken world than with the written world, you have another attitude towards the paper. You feel that you can fill it more quickly with words.

Alcohol, mafia and death appear, together, in many of your books. Are they your obsessions?

No. They are a set of Eastern European cliches, based on the reality. Although I’m happy that people from Ukraine are drinking more beer now than vodka and the mafia became much more political than the streets gangsters, the cliches still exist and the society is driven by them. If I try to clean up the texts from these things, the society will not look real.

You studied foreign languages at Kiev and became a translator, afterwards you were a journalist and a cameraman for a period of time. When did you realize that you wanted to be a writer? Did it strike you, all of a sudden?

No, no. I decided to be a writer when I was fifteen years old because I suddenly found out that the writers don’t go to work. But then I also realized that I couldn’t be a Soviet writer because I didn’t like the way they wrote and the socialist realism. So it’s only after 1991, after the collapse of the Soviet Union, when I knew that I can become a professional writer.

In one of the meetings from the International Festival of Literature and Translation, you said that your first manuscript was refused 500 times and that, until its publication, you wrote eight more. What determined you to continue writing? Weren’t you disappointed?

Not my first manuscript. I wrote seven novels which were rejected during eighteen years. I think that I submitted them to more than 1.000 publishers, editors and magazine editors.

What kept me going on and writing it was the fact that I was sure I was right. I had a lot of illegal readings, people invited me to different cities, they paid my travel expenses, I slept in houses where I didn’t know anybody, and they wanted to hear my novel – I read from my manuscripts. My manuscripts circulated illegally through the country. When you see that the people are reading your novels, even if they are not published yet, then you think that you are good.

But how did they manage to find your manuscripts?

Well, you have a typewriter and somebody brings you an illegal book, a short one. If you like it, you can copy it. You can make five copies at once, the last one is almost unreadable. You give those to your friends and, if they like it, they make more copies. In this way, sometimes with photocopies, my manuscripts circulated in the whole Soviet Union. I had feed-backs from all over the Soviet Union. 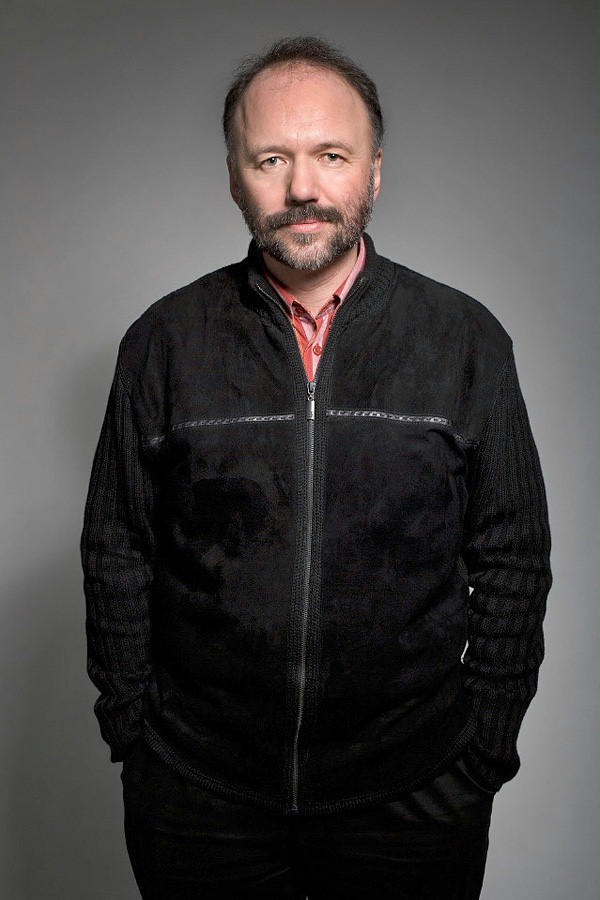 I read somewhere that two of your books are included in the curriculum of some schools in France. How do you comment upon this? Did you ever want such an appreciation of your work?

Well, I never thought about this. Actually, the books are in the curriculum of two of the universities in France. I was already there, two times at least. It is interesting, but before this, from 2001, one of my books is in the Seattle University’s curriculum, in America. And there I was surprised because when I found out that it is not the filologists who read the book, but the politologists, I asked why. And they said because you are writing political novels. So I had to accept it.

In Romania, at least in highschool, we are not very happy with the bibliography and we tend to read the authors who are not there. That was why I was asking about this matter.

In America and in Europe, in general, the students are not forced to read something, they have recommendations and afterwards they discuss about the books. So they like to read them.

You were a translator. What is the purpose of translations nowadays? How important are they for you, as a writer?

I depend on my translators. I worked as a translator very little, in fact, and my translations were not published, they were lost by the editor. So it was like destiny. Destiny didn’t want me to become a translator (laughs).

So he wrote another book.

Yes. And then he said that he forbids the publisher to change his translation. So they went to court. The court in London decided that the translator was paid a lot for the work and if he didn’t agree with the editing of his translation, he can remove his name from the book. That’s what he did. And I had another translator.

On the other hand, I am very happy with my Romanian translator, Antoaneta Olteanu. She speaks Russian wonderful, she knows Russian very, very well. I trust her completely. And I think that maybe it is for her, more than me, that my books are read in Romania.

Mihail Șișkin was also in Romania about a month ago. His last book was also translated by Antoaneta Olteanu and he said that the Romanian edition was her baby. So if we don’t like it, it is her fault. And if we do, she is responsable. I think he implied that the translation is something different from the original.

Well, there are different opinions and lots of theories. I would disagree because I read a number of my translations and in some translations I immediately see my writing, my rhythm, my intonation, my humor. In other languages, it is more difficult to convey those and I just check the differences and I see how the book will be perceived.

For example, my French and German translations are identical in the literal sense to the Russian edition. The English translations are a little bit different, yes, because of the language and style traditions. Moreover, in England and America the foreign literature is not so popular, so the editor tries to see what can be difficult for a reader and ”fixes” it, according to their culture. They fix the attention of the readers on the plot, on the story, on the characters, they clean up the novel so that the reader won’t protest. 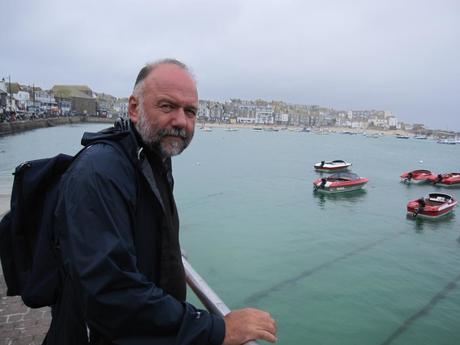 You were born in St. Peterburg, grew up in Kiev and you live now both in Kiev and London. What national identity do you have?

We have a residence in London, it’s true, but we live more in Kiev, my children go to the Ukrainian schools, my wife works there.

Sometimes I travel up to eight months a year, but I feel, first of all, European, secondly Ukrainian and thirdly of Russian origin.

When do you know that you have written a good story?

If I have been surprised during the work and with the result, that actually means that the novel is fine. I had several situations when I rewrote my novels. So I changed three novels after they were published, in new editions.

But with The president’s last love, which was also published in Romanian, I was fine from the beginning, even if it was a very difficult book to write, because of the structure.

Did it ever happen to you to feel that you don’t want to write anymore?

A couple of times, but it was more like a feeling of being tired in different situations. Not because I stopped loving literature and writing.

How often do you write?

I write literary articles, political essays, all sort of stuff. So I’m always writing something – for example, I write my diary everyday.

And usually I am inside a novel, even if I am not writing it then.