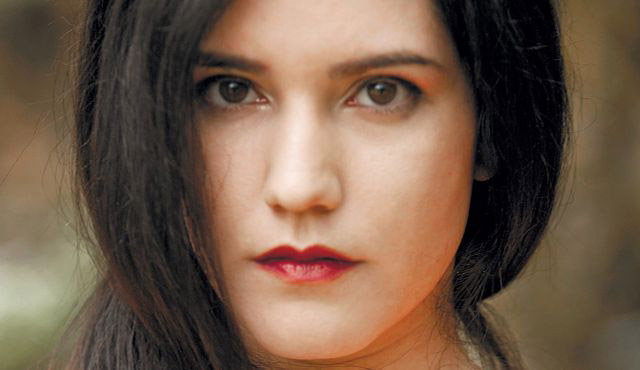 Shani Boianjiu became famous worldwide after her debut novel, The People of Forever Are Not Afraid, was released in 2012. Until now, her book was published in twenty-three countries and was selected as one of the ten best fiction titles of 2012 by The Wall Street Journal, as one of the Pakistani Herald‘s best books of 2012 and as one of the Swedish Sydvenskan‘s best books of 2013. She was also the first Israeli writer to be long listed for the UK’s Women’s Prize for Fiction and the youngest recipient of the National Book Foundation’s 5 Under 35 award, among other nominations and prizes.

The People of Forever Are Not Afraid was written directly in English and explores the life of young women (and men) in Israel. Avishag, Lea and Yael are the three main characters and the tellers of the stories. Reading Shani Boianjiu’s novel, you may see the Israeli people from a different perspective, you may learn a lot about the military service in this country, which is mandatory for both boys and girls, you may empathize with their experiences – by laughing, crying, being terrified or just scared and so on.

And because we liked the novel very much and we consider it to be one of the best books translated this year in Romanian (by Ioana Filat, published in June at Polirom Publishing House), we are happy that Shani Boianjiu kindly agreed to answer a few questions about the book and the process of writing it, the army – in her fiction and in her experience -, her success, favorite authors, piece of advice given to other young writers, translations and translators, her Romanian descent and so much more.

The book opens with a history lesson for some girls in the last year of high school. The image that stayed for a long period of time in my head was the one with the children carrying RPGs. Do you really learn about these things? If so, why?

We actually didn’t! Israeli history lessons end earlier. I added that out of my own imagination.

The People of Forever Are Not Afraid is a novel that explores the experiences of serving in the Israeli army, as seen from a multiple points of view, both female and male. It tells stories before, during and after the military service. Did you try to create a big picture of what does it mean to serve in the army at a young age?

It was more important for me to create a big picture of what it meant to be a young person in Israel, and military service was just a part of that. That is why you see the girls before and after the military service as well.

There are three girlfriends in the center of the novel: Yael, Avishag and Lea. Each chapter has as a teller one of the three. Some of the stories are much more complicated, they go back and forth, a toing and froing between the boot camps and the girls’ village and so on. How difficult was it to create this narrative, taking into account that this is your debut novel? And why didn’t you write a linear story, with just one omniscient teller, for example?

I think that reality is just not that linear for me.

Because I mentioned the three girls and their friendship – which lasted even if they were serving in the army in different places and in various periods –, I also must confess that I didn’t quite see a young female friendship similar to theirs: violent and tender in the same time. Is it a mark of Israeli women?

I have been told that by interviewers of various countries that I guess it must be so. I think Israelis, and Israeli women in particular, certainly have a different way of relating to one another. They can be very close and at the same time also brutally honest with one another.

It was surprising to read a novel in which army and war are scary, violent, tragic, tough, but also boring, funny, full of sexual experiences and jokes. How was it for you, all in all?

It was boring and never ending, and at the same time, very funny and heartbreaking. 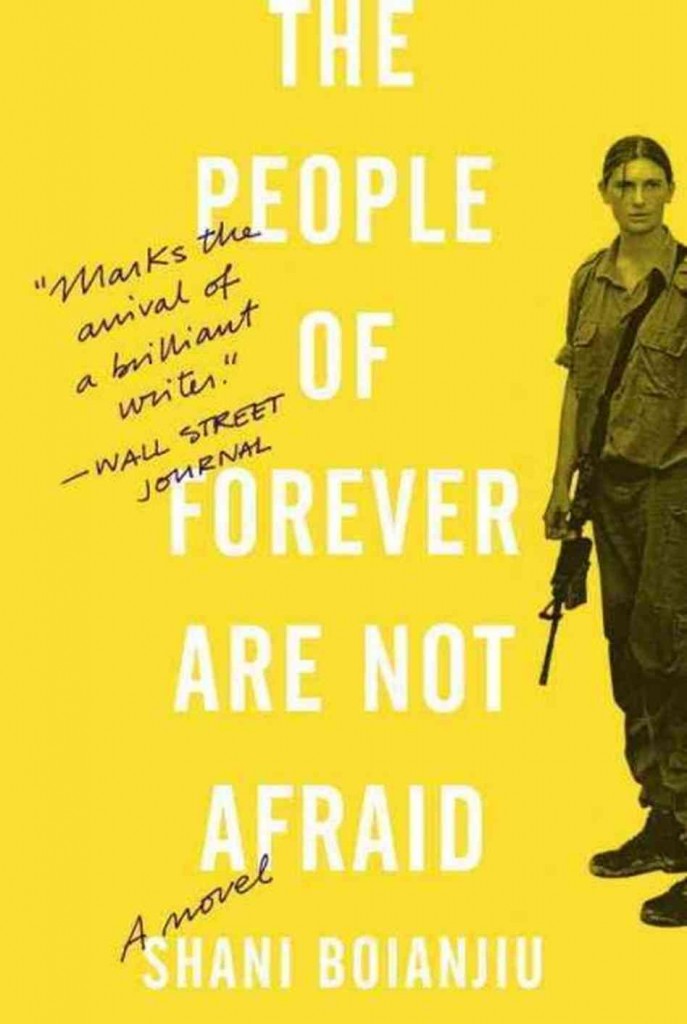 What were the worst and the best experiences that you had during your military service?

The worst time was the second Lebanon War. I was very surprised by it, and I live very close to Lebanon. The best times were just common moments – sitting at night after a long day in the shooting range and telling jokes with my friends.

„I read during guarding shifts sometimes, and I got in trouble for it”

Towards the end of the book, we find out that one of the main characters, Yael, was terrified by the thought of going to serve in the army. A natural feeling, I think. Did you feel the same as she did or did you go it blindly?

I went in pretty blindly. In retrospect I wish I had been more afraid because the army was a big shock for me.

Did you have time to read or write during your national service? Was it risky?

I read during guarding shifts sometimes, and I got in trouble for it. I couldn’t write while I was in the base, but I would make up stories while I was in the base and wait for a weekend vacation. I would tell myself those stories again and again, and then when I finally got home I would type them. It is actually how I got serious about writing.

If we were to dissolve the border between reality and fiction, what character would resemble to you the most: Yael, Avishag, Lea or all of them? And from what point of view?

I am not any particular character, the stories are fiction. I would say during my army I was a mix between Avishag and Lea — sad like Avishag, but also superior like Lea.

Your book was very well received worldwide and you got a lot of literary prizes. It is really impressive if we take into account your age. Did you expect such a recognition?

Not at all. I was very surprised. 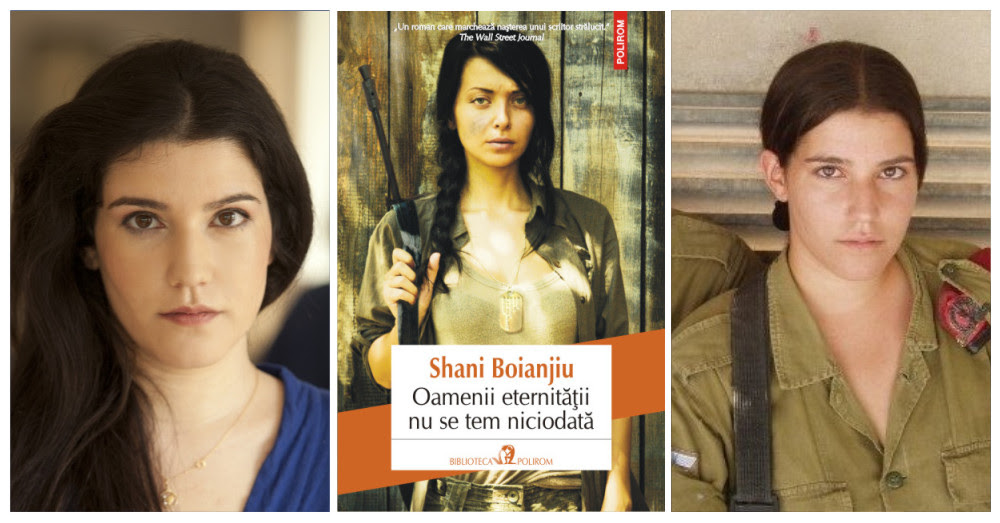 How was The People of Forever Are Not Afraid received in Israel?

„I did not write the book with any political message in mind.”

Is there a political message between the lines?

What’s your opinion about the recent conflict in Gaza?

I think it is always sad when people die on both sides. I think we are going to have more violence just like it in a few years, sadly, as nothing has been resolved.

You chose to go to study abroad, at Harvard, right after you finished your military service. Why?

I am not sure why. I wanted an academic adventure.

Wasn’t it hard to write literature in another language? Did it challenge you?

I think it helped my writing, to write in a foreign language. I had to work harder searching for the words I needed, because they did not belong to me. And it helped me write about recent places and events as fiction.

What do you think about translations and translators?

I have a huge amount of respect for them. They are amazing. I think translating helps one become a better writer. I recently had to translate my own book into Hebrew and it was very hard.

„Write every idea you have when you have it. Don’t wait for later.”

In every bit of biography that I found about you it was mentioned the fact that you also have a Romanian descent. Can you expand on that?

My father was born in Romania, in Iași. So I am Romanian. My extended family all speak Romanian and many of them travel to Romania sometimes, though I have never been. My last name, Boianjiu, is Romanian, of course! I am very excited to have my book translated to Romanian. I hope to visit one day. Technically if I wanted to apply for a citizenship I could, because my father is Romanian. 🙂 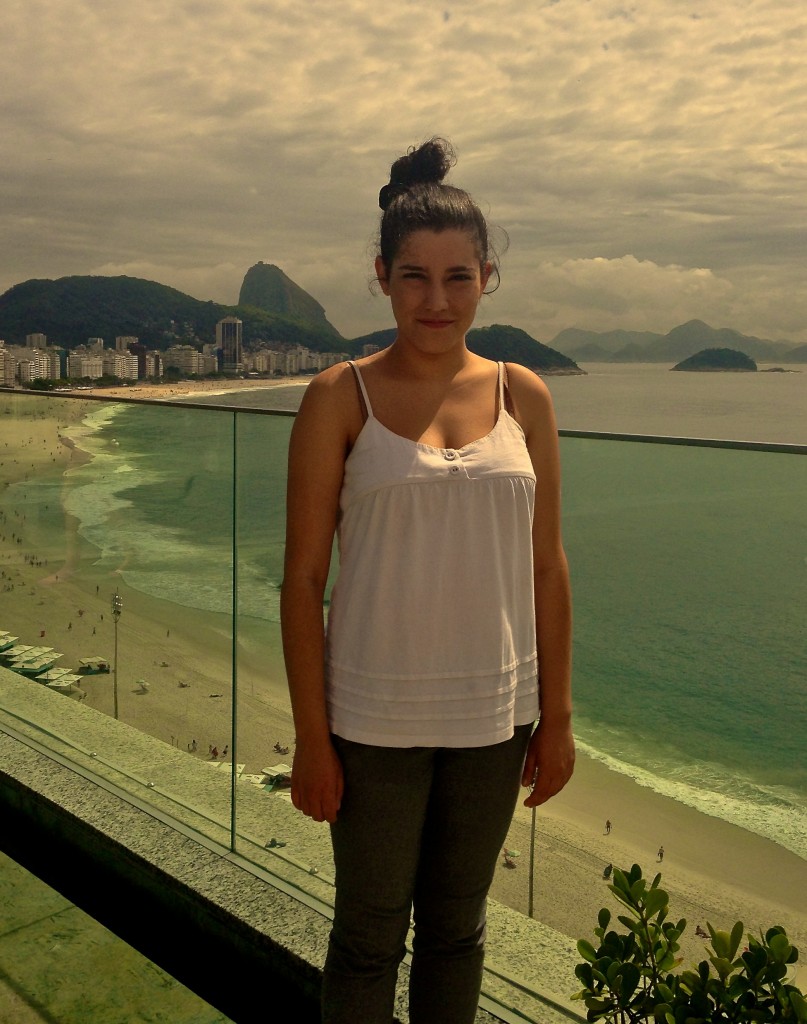 You said that music is your writing process and you made a playlist of songs that you listened to when you wrote different chapters of the book. Do you also listen to music when you read? If so, does it depend on what you are reading?

No. When I read I need peace and quiet.

First—Write every idea you have when you have it. Don’t wait for later. This is the best advice I have! Don’t save ideas for other books or stories or something like that, and read.

My favorite authors change all the time; but right now they are Sayed Kashua, from my country, and Salman Rushdie, from the UK.

I found out, from the internet, that you are writing a new novel. What is it about and when will it be published? Is it too early to ask you about a Romanian translation?

It is all too early to tell!

Photo credit for the main picture