The Books They Gave Me – poveștile de dincolo de povești

we lasted almost six years. i gave her this book one christmas towards the end, when the only thing we shared was a pure love for a sweet, sweet collie mutt.  she had always claimed she was the easiest to buy gifts for, but she also claimed she was easy to know.  right.  this book was a safety.  gosh, i miss that dog. 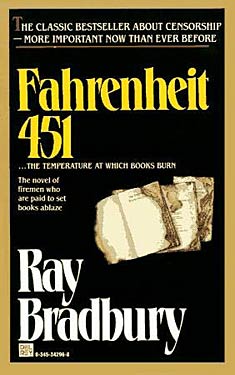 I was eleven and I was reading everything in sight. My dad gave me Vonnegut and my mom gave me Alcott. But he gave me Bradbury.  I wanted to read this one at my tiny catholic school, but I was only in 6th grade, and it was in the 7th and 8th grade, mature content, restricted section. The irony didn’t strike me until much, much later that they were denying me a book about censorship and book burning, but when I came home and told him he was livid. I was happy to have someone on my side and never expected anything to come of it. The school never caved, but a month later at Christmas, there was a book under the tree, wrapped and addressed to me. In later years he would give me my first beautiful and coveted edition of the full works of Shakespeare and the beat poets, the Feminine Mystique, and the memoirs that would start me writing. But that Christmas, with Bradbury, he handed me the book they said I shouldn’t read and started my journey with a few words of his own, “Little Sister: Read everything you can. Learn about all the ideas that this world has to offer. Subvert Authority! Love always, your big brother.” 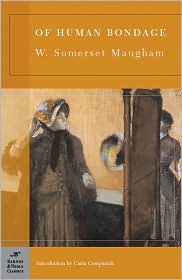 He gave it to me on my birthday, with a grin on his face. It was his favorite book and he wanted me to read it. We had just begun, what I consider to be one of the most intimate phases of a relationship: the phase where you start sharing the books you love.

I read it and loved it. But it became very clear to me that this was a book that spoke to him more than it could ever speak to me. He thought he was Philip Carey. He thought that he had suffered through relationships with women who were like Mildred in the story. It spoke to him because he had been imprisoned by unrequited love in the past. As the relationship devolved, I kept coming back to this book in my head. As he belittled me and drove me to things that I never thought I would do for another human being I realized that he had related to this book in a completely incorrect way. He was not the foolish Carey, doing anything and everything to win the love of Mildred. Instead, I was the one who had taken on the Carey role. Cleaning his house for parties I wasn’t invited to, spending money I didn’t have on gifts to win his affection. And he was Mildred, cruel to the last. I can only be grateful that I didn’t suffer financial ruin at the hand of him, although I suppose I came close.

I only hope that one day I can meet my Sally and get on with my life.

we lasted almost six years. i gave her this book one christmas towards the end, when the only thing we shared was a pure love for a sweet, sweet collie mutt.  she had always claimed she was the easiest to buy gifts for, but she also claimed she was easy to know.  right.  this book was a safety.  gosh, i miss that dog.