Vesna Goldsworthy: “Writing is not gendered. It is good or bad” (interview) 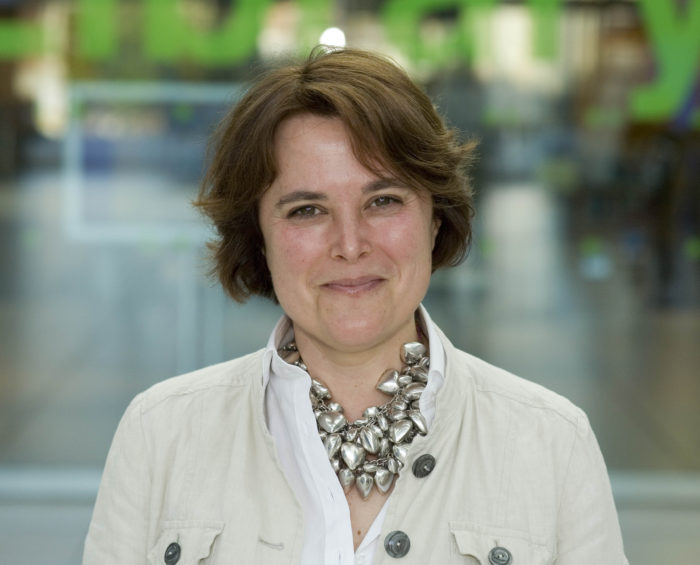 Vesna Goldsworthy is a Serbian writer and poet who lives in England. She worked for the BBC Serbian Service as a journalist, and now she is a professor of creative writing at Kingston University.

Her novel “Gorsky” was published in 2015 and was longlisted for Bailey’s Women Prize for Fiction. It was recently translated in Romanian, at Humanitas Fiction Publishing House. She also wrote “Chernobyl Strawberries” (memoirs), “Inventing Ruritania” (essays), “The Angel of Salonika” (poems).

“Gorsky” is about contemporary London and the lost nations of communist Europe, it is Fitzgerald, but also Chekhov, its hero is Gatsby, but Gorsky likes to think of himself as a kind of Vronsky. In a multinational world, has literature also become multinational?

Literature is becoming transnational, increasingly marked by multiple belongings, transcending both national and linguistic boundaries. I write in English. I am often billed as a Serbian writer in England, and as a British writer in my homeland, where my work is translated into my mother tongue. That generation of Romanian writers who wrote in French in the last century – people like Tzara and Ionesco – are the harbingers of the future shape of literature. It is not always the “big” languages that win: there are writers in Serbian now whose mother tongue is Romanian, Hungarian and Italian.

In “Gorsky” one of the characters talks about how online bookstores can destroy the physical ones. Do you think that literature can survive in a world without physical bookstores?

Literature is older than physical bookstores, older than the internet, and it does not need either to survive. We will always tell each other stories. However, our world would be a sadder place without physical bookstores. So it’s not so much about the survival of literature but about the survival of beautiful yet endangered places. I feel sorry for people who live in towns without a bookshop.

Nikola Kimović is “a Serbian immigrant with a useless Ph.D. in English literature”. Do you think that being an immigrant is a natural condition of the contemporary world?

Yes. Most of us are not “at home”. The dislocation starts with moving from the countryside to the city, as happens so often in our part of the world where everyone is desperate to move to the capital. Then the next generation leaves Belgrade or Bucharest for London, Paris or New York. Sometimes in Serbia the third or fourth generation returns to the ancestral village in search of “authentic life”, and often having forgotten the mother tongue, i.e. again not quite “at home”. So the circle closes.

Why “The Great Gatsby”? Does this book have a special meaning to you?

Gatsby was an enabling myth. I reached for it the way writers have always reached for Antigone or Medea. I love Fitzgerald’s poetic style but Gatsby was initially almost secondary. I wanted to write about Russians in London – the people with enormous wealth – because they were both strange and familiar to me. Many oligarchs amassed their wealth under Yeltsin and grew up under Brezhnev in the 60s and 70s. They are my generation: the children of communism. And I am interested in London as an East European city, not just Russian, but Romanian, Bulgarian, Polish, Baltic… It is probably one of the largest East European cities in the world and this transformation happened to it almost overnight. I live not far from the Moldovan embassy in London and, when there is an election, the queues stretch for hundreds of meters, yet most of my neighbours have no idea even where Moldova is. 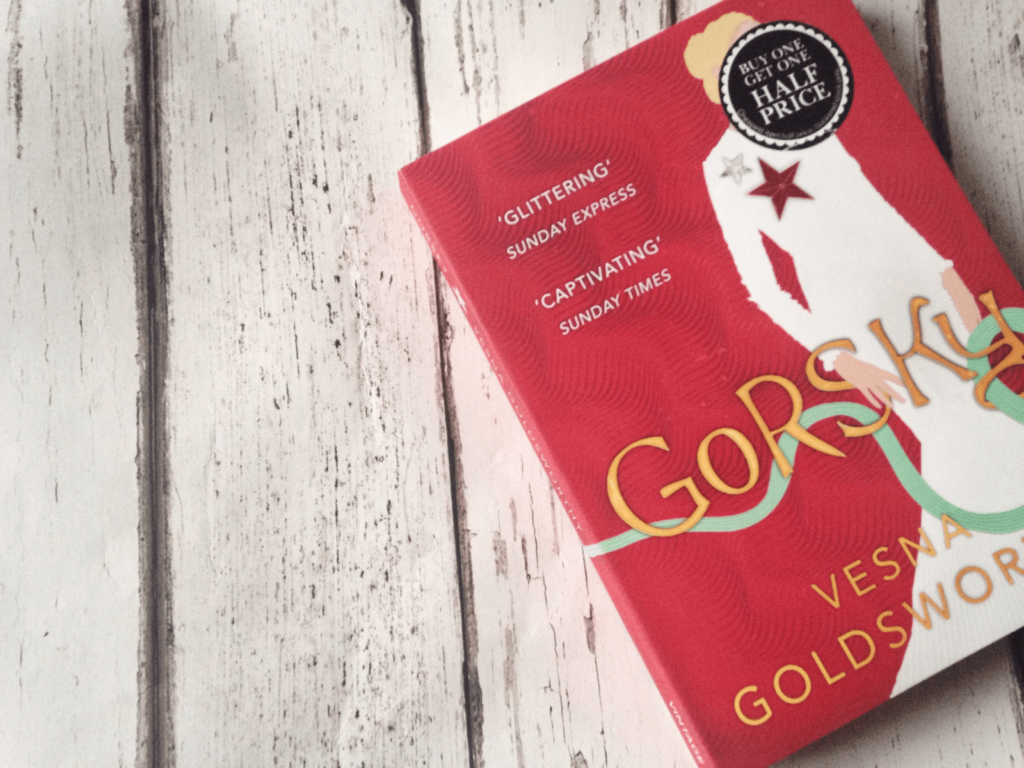 Are there other literary works that you would like to rewrite?

My instinct is to say no – I like my projects to be varied. Before Gorsky I wrote a bestselling memoir and an award winning book of poetry, as well as much academic work. However, my new novel has one familiar literary character, Sergei Karenin, the son of Anna.

Is there any book that you wish you’d have written? Not rewriting it, but writing it as the character Borges has written “Don Quijote”, word by word.

This is a lovely but impossible question. I have always loved that Borges story. Shall I just name the first titles that come to mind? Ford Madox Ford “The Good Soldier” (novel); Crnjanski “Lament over Belgrade” (poem); Chekhov’s “Uncle Vanya” (play).

Do you think that modern reinterpretations (as the recent project “Hogarth Shakespeare”) have the power to make the classical literature more popular among readers?

I do, but I am also cautious when I say so. There are stories that have been written and rewritten so many times: Faustus, for example. Who is to say that Goethe is better than Bulgakov or Mann? Shakespeare himself was a master rewriter. But these rewritings have to be excellent books in themselves, to say something new about the world.

Who are some of the authors that you would consider “contemporary classics”?

How contemporary is “contemporary”? J.M. Coetzee, Peter Handke, Danilo Kis, for example. The moment I stop typing, I think of more.

If someone asked you to recommend a list of fundamental books, which ones would you choose?

I studied comparative literature at the University of Belgrade and we had a reading list which started with Gilgamesh and ended with Marcel Proust. My favourites were always the Russians: Tolstoy, Dostoevsky, Turgenev, Chekhov. But when you say “fundamental” I immediately think of the Greeks: Aeschylus, Sophocles, Euripides. Everything since them has been rewriting, in a sense.

What do you think it is more difficult, to rewrite a novel or to write a completely new one?

Both are difficult. They bring different kinds of difficulty, different kinds of anxiety, and they both require originality. So many people dream of writing novels, but my advice would be: if you can think of a good reason not to write one, don’t. Write only if you have to write. 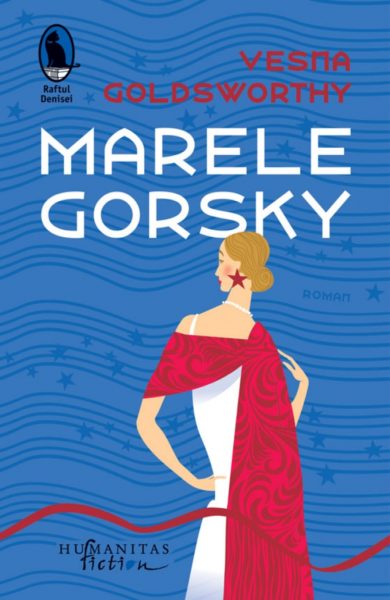 Is writing a profession that can be learnt? Is it, as Edison said, 99% perspiration and 1% inspiration?

I’ve seen so many students improve their writing so much that I have to say that it can be learnt. The 99% can, the 1% can’t, and you have to have that 1% before you start learning.

What do you think of the separation between feminine and masculine writing? As a reader and a creative writing professor do you think that such a distinction really exists?

We learn more and more that the distinctions between feminine and masculine are blurred even in the so called real life, let alone in writing. Marcel Proust is a feminine writer. Herta Muller and Magda Szabo are masculine. Doris Lessing is very masculine although she writes about women’s lives. I am playing with these adjectives just to show how pointless such terms are. We are all too ready to equate masculine with “important” and feminine with “unimportant”, but writing is not gendered. It is good or bad.

“Gorsky” has been longlisted for Bailey’s Women Prize for Fiction. What do you think of literary prizes?

Literary prizes are a good way to draw attention to books, to make people want to read more, and anything that does that is welcome.

You have written essays, memoirs, poetry and now literature. Which genre do you like the most?

I am by temperament a poet, I love language the way poets do, the music of it, the beauty of the image. But I am restless, I like to try new forms, and the fact that the prose is read by many more people is unavoidable. My poetry book was the The Times Book of the Year, yet it sold only several hundred copies and was translated into Serbian and Greek, whereas my memoir and my novel have sold tens of thousands, and have been translated into some twenty languages, across continents. I don’t think of the sales when I write, but I enjoy the wider reception.

Not so much difficult as exciting and scary. I compare it in my memoir to driving a fast new car: you have fewer inhibitions and taboos, you enjoy the road, you tell your stories differently from the native speakers, but you always feel that little bit closer to an accident, a loss of control. Vulnerability is part of the process.

Can we hope to see you in the near future in Bucharest?

I have been to Bucharest a number of times and I love the city enormously. Very soon, the lime trees and the acacias will be in bloom, and then there is no better place to be: I will be waiting for the next invitation!