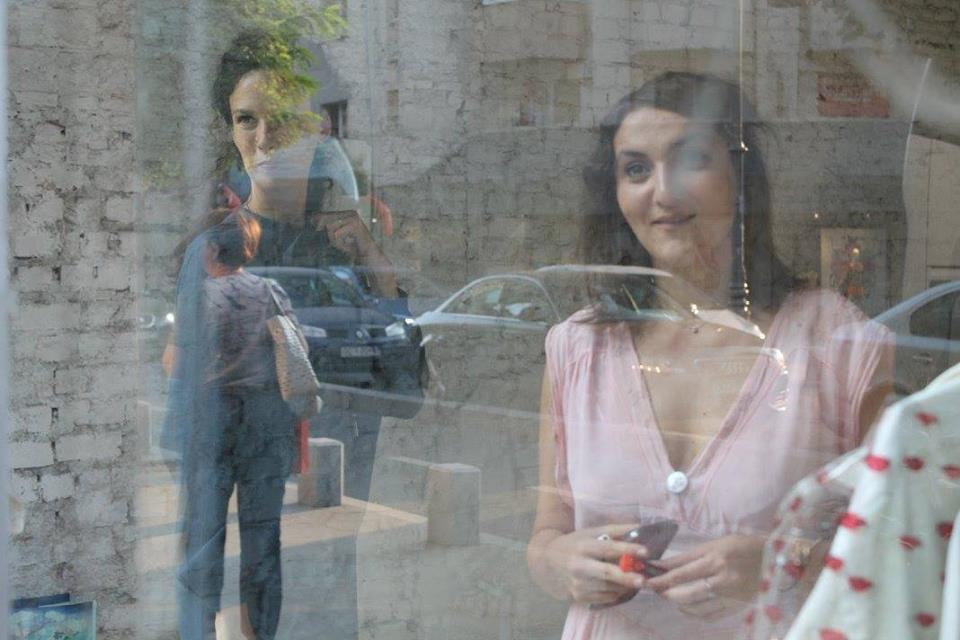 This book is a travel ticket for adventurers, an invitation to play for those who are not too shy to practice this sport as adults, a minefield for sensitive hearts. It’s the yearbook of a text that has lived life to the full. Oracol is a English speakers friendly book.

Rucsandra Pop: I sometimes think how inadequately touching it is to make one’s debut with love poems at 40, but then I think what’s even more touching and naïve is to publish such a book in times like these. This text is therapeutical. And it has been so from the very beginning. Working on this book has kept me sane. And I’m happy to be putting a posi- tive message inside the system in a year like 2016. The system needs optimism. The system needs love. There’s too much hatred inside the system.

Grațiela Bădescu: My conversation with Rucsandra started 6 years ago with these words: “this text will become a book some- day”. In our later conversations, I would often reply: I agree on making a book, but it’s a must to have an audiobook also. Why this obsession? Because the text is melodious – it sounds like a song on a loop. With each performance, The Oracol crystallized into a show, being equally influenced by the performers, by the author, but also by the audience and the spaces in which it was performed. After 5 years of existence, The Oracol is still a work in progress. At least from my point of view.

Jean-Lorin Sterian: The publication of this book may lead to a new series of publications in which artists don’t need the mediation of publishers to reach their readers. After all, the DIY movement means exactly that: use anything you can grab with your hands to sculpt your cultural identity, your own version of what you think is missing from the mainstream culture. You can produce your own magazine, record an album, publish a book in just a few copies – the eternal fascination of this movement is that anyone can become an artist. The idea is to be passionate about what you do and be hands on.

SPECIAL GUEST: LAURA KELLY
Laura Kelly is a catalyst, an educator and a storyteller. She became smitten with the power of the written word when she was in third grade and won a poetry contest for her entry about the color green. She has worked as a newspaper reporter, radio talk show host, magazine editor, travel writer. She has taught journalism at a handful of American universities and worked for 10 years as the faculty director of the European Journalism Institute in Prague, Czech Republic. Laura lived in Eastern Europe for eight years, working with young journalists and media outlets in Armenia, Slovakia, Kosovo, Albania, Bulgaria and further afield. Her book, Dispatches From the Republic of Otherness, is a collection of essays about her life there.
Home, she says, is wherever your heart can sleep. And awaken.