Anna Axfors: “Loneliness can arrive suddenly, but you shouldn’t use it to make your life more boring or sadder than it already is”

One of the most important events of this summer, especially for the young public, was the “Zona nouă” International Student Festival in Sibiu. Organized by the editors of the magazine with the same name and supported by the “Lucian Blaga” University, the festival, which reached its third edition this year, aims to promote young poets both from Romania and from abroad. The readings and the debates included in this edition’s official program managed to create not only an intercultural dialogue between the guests and the audience, but also an engaging atmosphere, proving that poetry can still be, and not just for only a few people, an actual way of life.

Anna Axfors, one of the guests of the festival, was born in 1990. She made a name for herself in the summer of 2015, when she initiated a debate in the Swedish tabloid paper Aftonbladet about the plight of young poets looking to make their debut. The 2015 poetry collection Veckaninnan (The Week Before) was published in Norway and her poetry has appeared in literary magazines such as 10TAL and Floret. Axfors is running the poetry blog Vi somaldrigskrevprosa (We that never wrote prose) together with the poet Elis Burrau, with whom she also initiated the micro publishing house Fame Factory. In July 2016, Axfors was listed as being among the twenty most important Swedish poets under 40 by the daily newspaper SvenskaDagbladet. Below, you can read an interview with her.

How does a usual day in Anna Axfors’ life look like? What place does writing have in your daily routine?

I do not wake up in the morning and go up and write, but do a lot more than write. But the writing is in the back of my head all the time. I think what eventually becomes poetry has been there all the time and matured.

You are running the poetry blog “Vi som aldrig skrev prosa” (“We that never wrote prose”) together with poet Elis Burrau. What exactly determined you to choose poetry, when and how did you start writing?

The blog is no longer active, but when it was, its name was mostly a joke, it’s a reference to a Swedish book called “We that never said whore”. I have actually not chosen poetry, I write as much prose as poetry. I have released a short novel called The Love Letter. But I started writing poetry when I was in early teens and was a member of different poetry/writing internet communities. Then I received a lot of inspiration from other amateurs of the same age, not so much from “real” poets. It was a pretty good entry into the poetry I think, it taught me that it’s not so dramatic to write a poem.

Which is Anna’s greatest fear? What about her biggest joy?

My biggest fear is probably death, and dark secrets are not so cool either. I have worked with death in The Love Letter and in some poems. It’s terrible that one day we will all disappear, even though I understand that the option is not better. My greatest joy is probably the harmonious moments when life feels balanced and the world does not seem to be a major enigma. Or by all means the euphoric moments when life does not feel at all balanced but just because of that the moment hits you straight in the heart.

You promoted young unpublished poets and struggled to convince people that there are young voices worthy of being listened to and deserving of being taken into consideration. How hard is it to make a name for yourself in Sweden and how is poetry seen and treated there, does it have an audience or is it, as a literary genre, the “Cinderella” of literature?

The Swedish cultural world is quite closed, maybe all cultural worlds are, but I feel that Sweden is extraordinary stiff. You should have released books on the biggest publishers, end of story. And most books that come out there are quite similar, it does not happen so much. But I regret the debate a bit, people seemed to think I meant that everyone that writes should have their books highlighted or published by big publisher houses. But at that time, Swedish critics acclaimed Danish young poets, and I wanted to give a possible explanation as to why a similar “wave of young poetry” does not happen in Sweden.

If you could spend one day with one of your favourite writers of all times, who would that be and what would you do?

Oh, I do not know! I have spent quite a few hours with authors I like and it always hurts in the heart because they are not their texts. If I were to spend a day with a writer, I would not choose someone whose writing I love, but someone I believe is fun and nice to keep up with. Someone who likes to waste money and go to the restaurant. Who could it be? Maybe Zelda and Scott Fitzgerald, when they lived.

Tell me one dream that left a great impression on you.

Nightly dream or daydream? I dream a lot when I sleep, but right now I can’t recall anyone that left a big impression, I forget them soon. But concerning daydreams, I have always had that one of becoming a writer and I am glad that it is fulfilled. There is nothing better than when a dream comes true, though it’s important to get a new dream straight away otherwise it will feel very empty.

Why do you think the world still needs poetry? Which is the place of a printed poetry book in these times of Facebook, Twitter and other social media or, more generally speaking, of the Internet?

Why do we still need to eat, even though there is internet? Because the internet can not calm our hunger, nor can it calm our desire for sitting with a book and turn from page to page. The Internet is terrific and big parts of our lives are taking place there, but then it becomes even more important to do stuff away from the screen as well. Because it’s stressful to have access to all the world’s information when you need to concentrate or relax. 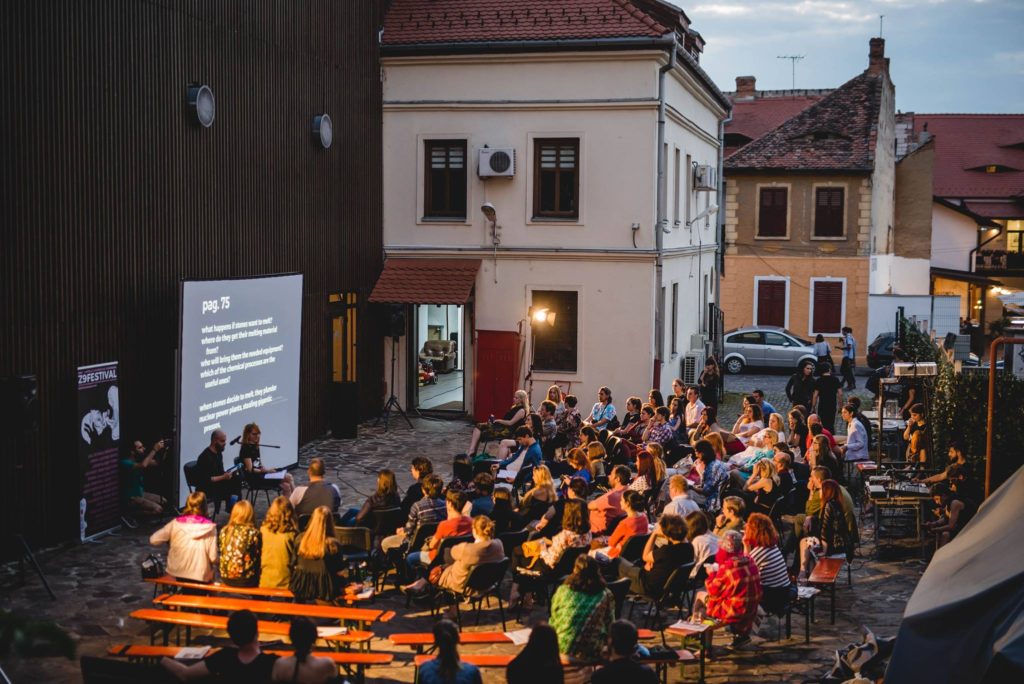 In one of your poems you say “Loneliness can arrive suddenly but you shouldn’t use it to make your life more boring or sadder than it already is”.  What would be your 5 instructions for the use of loneliness?

Write, read, check on youtube how to make as good food as at restaurants, sleep, look ahead.

Your writing consists of atmosphere poems, through which you enter as a reader in the intimacy of a young woman, you get to know her with all her fears and pleasures, her anxieties and small events of her everyday life. Do you believe in poetry more as a programmatic activity, one that needs to be cultivated and then mentained or rather as a form of therapy?

Programmatic activity, I think. I do not write as therapy, yeah, maybe in a way, maybe, but not more than someone who does not write about everyday life.

What future projects do you have in mind? What is now happening in Sweden in terms of poetry? How do people react towards the things that you propose?

I am writing a book that I hope will be a great seller… hehe. We’ll see how things get along. It has a bit of crime and it is not so poetic. I always want to challenge myself and I do not know how to write a crime novel. I have written a lyrical short novel and I could probably write one hundred more, which would be good for others, who could categorize me as a difficult author. But that would be boring for me!