Interview with Andrea Bajani: „I am my ideal reader”

We had the opportunity to meet Andrea Bajani, an Italian-winning writer and journalist, at the International Literature Festival in Bucharest. He was the guest of the first night of the festival (on Wednesday, the 3rd of December), together with the Maltese writer Immanuel Mifsud and the Romanian authors Mihai Radu and M. Duţescu, in an event moderated by Luminița Corneanu.

On Thursday, the fourth of December, before leaving for the airport, I talked with him about the only book of his translated in Romanian – If you consider the faults, Humanitas Publishing House, translated by Smaranda Bratu Elian and Ileana Bunget, 2011 -, about the Italians who emigrated to Romania, the self-seeking and the searching for yourself, what documenting meant for this volume, his characters’ obsession for the Palace of the Parliament, journalism, his ideal reader and much more, as you’ll discover below.

Except Viarengo, your portrayal of Italians established in Romania it’s not that flattering, to say the least. How did the Italians readers react to that?

It was interesting for me to come here, before writing the novel, to look around and to spend a lot of time in Romania, because I wanted to discover not only the Romanians, but also what we are, as Italians. It’s always interesting to check what we are not at home, at home it’s different, not because it’s comfortable, but because it’s more difficult to see things, you get annoyed with some of them, etc. For me, it was important to try to change perspective. In Italy it’s only the idea of foreigners’ emigration meaning that people come there, not leave the country. I was interested in the migration of power, when Italians come in other place with the power, the money, with the idea that they are the owners.

O.k., it is all very interesting, but what was the reaction of the Italian people?

It’s a pity, but our specialty is to talk about us in a bad way. They said: „So, it’s true, we are horrible”. It was read as the Berlusconi’s Italy. At that moment, it was the idea of a certain Italy: arrogant, with money, bad taste and so on. This was the reaction.

The teller’s mother let herself get rotten, say Anselmi and other characters, after some years in Romania, after her second husband and business partner cheated on her. Can it be interpreted as a punishment for her actions or as a consequence of the fact that she didn’t know anymore who she was?

It’s a complex question because punishment is a religious idea. In a certain way, it is relaxant to think that something is a punishment for something else because there would be rationality. If there isn’t rationality, you did something wrong, you have to be punished. It’s a comfortable way if you think about it. I can’t answer because I don’t know if there is a rationality. I think that everyone does the only thing he or she can do. Bad or good is a way of judging what other people do, I think there are no virtues in humans.

No virtues? How so?

It’s a provocation, but it means that, perhaps, this is also religious. People try to be better, happier, but it is not true. It’s not true that all people try to be happy, for example. When someone gets happier or does something full of virtues, he is simply doing what he can, as the others. In an idealistic way of seeing the world, perhaps it’s wiser not to have fears, but it’s a human way to see. Animals are better than us because they are animals? I don’t know. An animal it’s killed by another animal. Is it o.k.? I don’t know. That’s why I say there are no virtues. Of course, there are the so called „virtues” and it’s important for us to think that they exist. It’s relativity, evolutionism, it doesn’t matter. 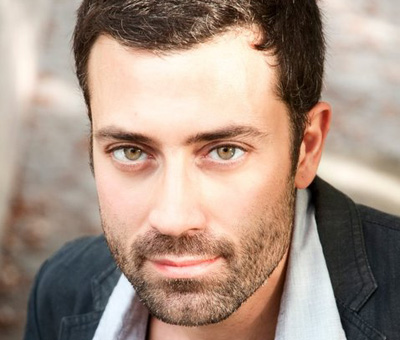 An image that stayed with me is the one in which Lorenzo, the teller, struggles to find, in his mother’s apartment, her shape, her warmth, sitting in every chair. It’s a way of discovering her, all over again. Did you find yourself?

Airplanes, before flying, are checked. They light on the lights, they try the engine and all the things. Only in this way they can say if everything it’s all right. If there is something that doesn’t work, there are no lights, nothing happens. I think that Lorenzo is similar to all of us, he tries to find things that light on all his lights. So, the feeling of having a mother, that of being loved, was a light that didn’t work. Therefore he needed, for him, first of all, to light on this, to try to see if it works.

I think that death is the reason, because everything we do, we do it in order to feel complete, only in this way we can be in relation with the world. I think that we need to be in relation with the world but, in the same time, we are in relationship with ourselves, we are looking for ourselves. It’s not egoism, every situation we live, every person we meet, it’s a new question for us. The shape of the world it’s always a question to us. In answering that question, we enter in relationship with the world, we discover it and so on. For example, when someone tells you something very interesting, there is a light in your eyes, something great happens in you thanks to another person.

So, in other words, you’re still searching for yourself.

Yes, of course, pretending I search for other people.

What did it mean to research for the book? And how did you interweave the information that you had? I’m asking this because I believed you, but I didn’t feel the research, I just felt the emotions.

Well, that’s because I don’t believe in research. I’m quite sure that it’s impossible to research things. I think we can only put ourselves in the condition of disponibility, to be open to the world, we can put ourselves in a condition in which we can host something, in which the world can be a guest. I consider that this the only way to research.

I’m a disaster, I never know what to do, I always lose myself – really, I don’t have a sense of orientation -, because I’m always thinking at something else, I’m not really present in the world in which I’m supposed to be. This is not a virtue. Even if I try to search for something, there would be something else that will draw my attention and I will forget what I was looking for. Besides, it’s more interesting to find things that you were not looking for.

So you just came here and you were open to receive information.

Basically, yes. Also, the emotions are very important in this context. This is a good way to research. We think that it’s better to research with the brain, but I don’t think so. I wouldn’t say it’s our biggest enemy, but it’s a way to make the world smaller than it is – we know a very small part of the world and our brain is our knowledge. The world, as we know it, it’s a demonstration that the brain it’s not so good. Emotions are a deeper part of us, as it is in animals – let’s not forget we are also animals. 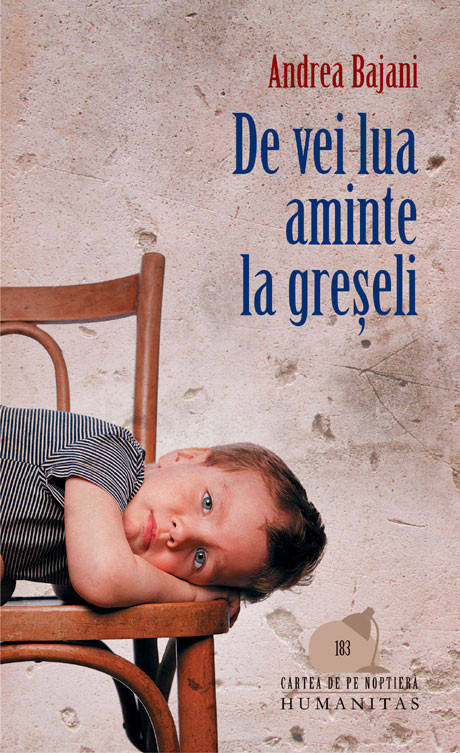 What’s with the Palace of the Parliament obsession? I never noticed it with such an intensity. And personally, I wouldn’t go with a foreign friend there, only if he or she would want it. Otherwise, it’s not a big thing for me.

I think your reaction it’s due to your age.

This is the obsession of the character, but also my obsession and of the Occident. There is the shape of the world that we have about Romania, for example, and we are always looking for things that confirm this shape. I think that, for the Occident, the greatest tragedy was loosing communism. The Occident needed communism, needed something to build its own identity, and loosing that meant loosing the identity. It is as if we try to open a door, but we encounter resistance, as if somebody is holding that door and, at some point, he lets us open it and we fall down. This is what I think it happened after ’89, the Occident fell down. Thanks to God, now it’s Putin, so we can survive, we have a new enemy. This is an obsession that we need.

For me, it was the experience: when I came here, lots of Romanians, older than you, wanted to speak to me about the Palace of the Parliament, to show it to me and so on. On the other hand, it can also be a matter of meeting a foreigner’s expectations, maybe that’s what they thought I want to know. For us, for example, the easiest way to catch the audience is to mention Berlusconi – everyone it’s laughing [as I did when he mentioned him], so we’re giving it to them.

From your point of view, what’s the most important thing that a writer should or shouldn’t do?

A writer should be similar to himself, he should coincide with himself. It’s important to discover his own truth, novels by novels, stories after stories, even if it’s not a beautiful truth.

How do journalism and writing go together? Does it become tiring at some point?

I’m not tired, I’m exhausted. Sometimes, it’s too much for me in this life. I’m almost forty years old and sometimes I feel I’m seventy. But, at the same time, I should say that I’m not a journalist. I write for newspapers, but I always write about books, culture and so on. 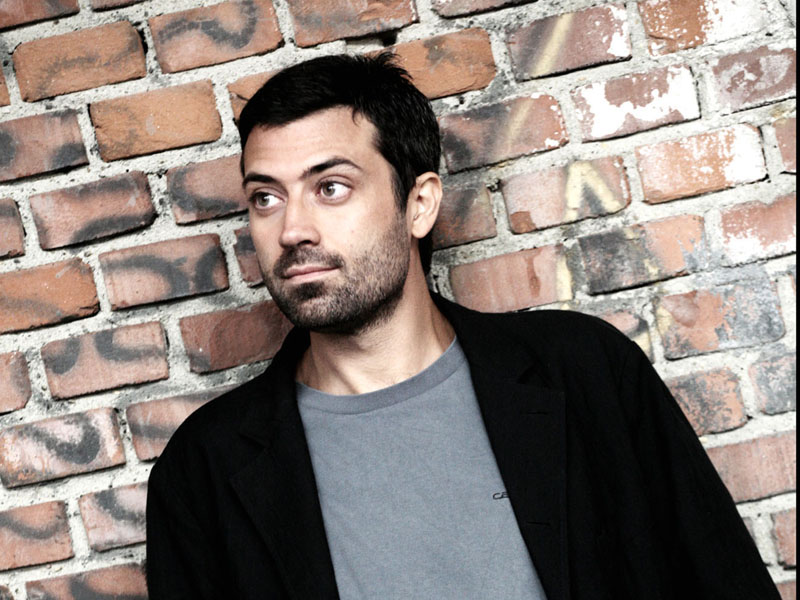 Yes, but I think that, if I wasn’t a writer, I wouldn’t be allowed to write in the way I write about books. I always write a short story when talking about a book. And I think somebody would stop me from doing that if I would be a journalist. For me, writing about books and things related to culture lets me ask myself things about my books, they are very related. Using somebody else’s book, I discover things about my books. I don’t think the readers should trust me when I write about a book. Every writer talks about himself when he talks about another book.

How does your ideal reader look?

It’s me, I am my ideal reader. And the problem is that I’m not always satisfied with the author’s writing. I’m the most critic man that I know.

Credit for the main picture