“It’s much easier to make a woman scandalous, still to this day” – interview with Sarah Dunant 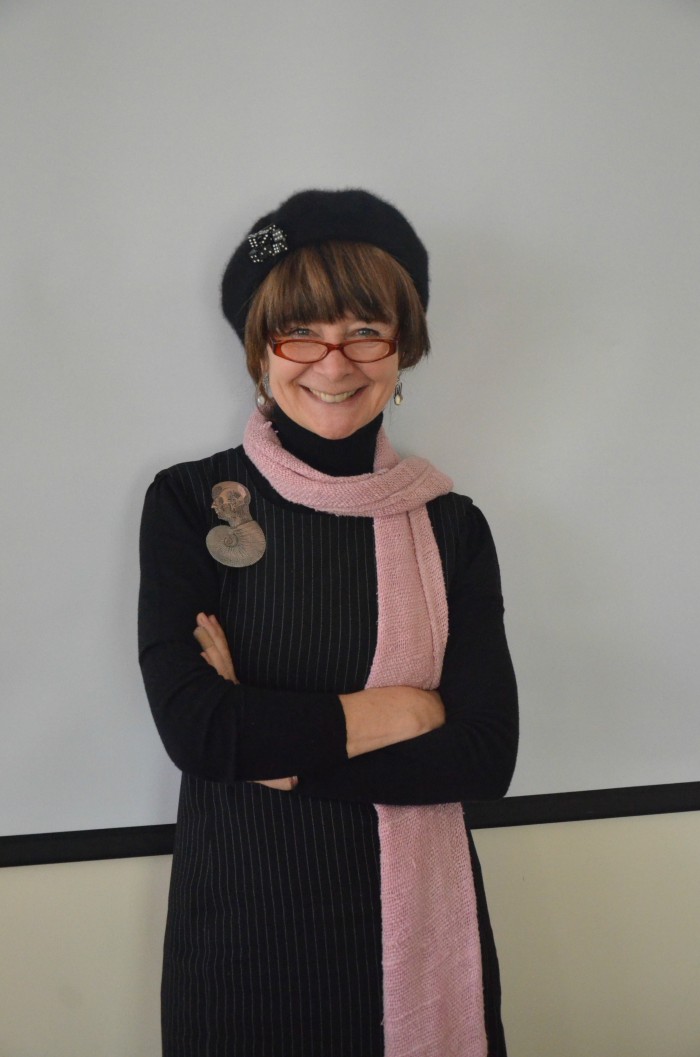 Sarah Dunant – with whom we met during the International Literature Festival in Bucharest (December 2013) – is one of the most famous British writers and, even though she started as a crime fiction author, she became interested in historical fiction and her most recent novel, Blood and Beauty (2013; translated in Romanian by Carmen Săndulescu, at Humanitas Fiction Publishing House) explores the Renaissance and the scandal surrounding the Borgias, from a new perspective, trying to rehabilitate the image of women as conveyed by history.

During the interview, we spoke about her interest in history, about the light and darkness of Renaissance and about history from a feminine/feminist perspective, without anger or the tendency of victimization.

You started by writing thrillers, why did you shift from this genre to historical novels?

What I loved about thrillers, and some of this is connected to what I still love about writing, is the idea that you tell a story that just grabs the audience from the first moment they picked up a page and makes them want to read till the end. I love the idea of storytelling as compulsive – oh, my God, then what happened? –, that kind of yearning, that need to know. And I also liked the fact they had a big audience, because the moment I came from in history we were looking at what democracy could do to make us think of serious issues and, by using a popular form, you could talk about quite serious subjects.

But the problem with thrillers is that they come with their own set of rules attached: the plot has to be driving every minute of the writing and that makes it hard to go really deep into character. Also, at the end of a thriller, there always has to be an answer: this is what happened, this is what all means, and so on. And the more I wrote them, the more I began to feel the rules were getting too close, I couldn’t work with them, particularly with the notion that there is always an answer, because life isn’t like that, is much more complicated.

So I was pretty sure I didn’t want to write thrillers anymore and then I found myself some weeks of the summer in Florence and, as anybody who spent some time in that city – who really spent time, not just two days as a tourist –, I felt that history was just singing out at you, this deep sense of four or five hundred years ago and what happened then comes of every wall of every church, of every square you walk into. And I started to think about what did happen here five hundred years ago. Because this is just a tiny little city, so what was it about Florence that made it become the centre of a cultural revolution?

After a couple of weeks, my daughters came to join me, they were quite young, ten and thirteen, and as I took them around to show them the city, I suddenly realized everything I was going to show them was male: all of the writers, architects, artists were male, so along with that question of what was it like here, I started to think were there any women?; what was half of the population doing in this period?

Going back into the depths of history, what was your main discovery?

When I started to go back into history to answer those questions, what I discovered is that in 30 years since I left university, where I studied history, we were actually having a different history we were being talked about, and the question “where were women in history?” was raised. So actually, the research that has been done over the last 20 or 30 years had stories and details and thoughts about women that hadn’t existed in history even 20 or 30 years before. So it was possible for me to start constructing around Renaissance, imagining the female within it.

And this is what interested me in the first three books that I wrote – The Birth of Venus, which is about a young woman growing up in Florence, with the urge to paint, then In the company of the courtesan, which was about how some women could use sex and sexuality to gain some kind of independence, and then a book that hasn’t been yet translated into Romanian, a book about nuns, because one of us would have been a nun, that’s how powerful the demographic was. And through these three books, I arrived at women in court and I arrived at Lucrezia Borgia. You don’t have to go far in Italian history to bump into the name of Borgias, because they’ve come to represent everything that was most evil, corrupt etc. And so I came into that family and that also took me deep into the politics of Rome and of Catholic Church, which I have been aware of, of course, in other ways during writing, but this moment I was kind of confronting it directly.

“If you really want to be honest about history as well about women, you have to stop being angry”

What unexpected and surprising events or character did you find in your research of the Borgias?

There are two versions of the Borgias: one is the version that is now more or less known by historians and the other is the one that all popular culture has, which is the Borgias are the bad guys, par excellence, you can’t get any more corrupt, any more violent or vicious than them and that’s exemplified by how Lucrezia Borgia is treated in history. In England, even today, if someone wants to make an analogy with an evil woman, they’ll say she’s a real Lucrezia Borgia.

What I started to learn during my research is that the Borgias have suffered a great deal in history, for two reasons: first, because they lost, and the victors write the history, and secondly, because what they attempted to do was to start a new dynasty and power structure in Italy. They were Spanish and, by the time they arrived, the power structure was already sawn up very tight with Italian families, so they made a lot of enemies. And of course the enemies were very responsible for the gossip and the scandal that started to emerge. But not everything was untrue, they were corrupt and they did some very brutal things. But so did the most families around. Italy was a brutal place, a corrupt place, as well as a place of beauty and creativity.

When we think about the Renaissance, we tend to have a quite idealistic view, and it seemed to me that your take on that period was rather harsh.

The Renaissance is not just fine arts, the Renaissance is dirty money to finance fine arts, so the connection between the two is very powerful. The question was how was is it that they got so drawn by scandal. And, of course, it’s much easier to make a woman scandalous, still to this day, but certainly 400 years ago, all you needed to suggest was sexual morality.

So my big challenge was how to rehabilitate Lucrezia into what I really think she was, a very young, tender woman, of just 12 or 13 when her father became a pope, and negotiated through three marriages that she’s made to take part in, in order to little by little become a player in her own rights.

Did you intend to explore history from a feminine/ feminist point of view? Do you consider yourself a feminist?

To answer the second part: absolutely! The moment of history into which I was born has made me astonishingly fortunate, and given the work I do in history, I understand it so powerfully, so yes, of course I’m a feminist.

Do I want to make a feminist take on Lucrezia? One of the things that I had to ask myself was “where were women in history?” There was a tendency of having two reactions: first was to say how unbearable things were for us, to be angry about the past, to say ”look how oppressed we were, we were victims” – it was a reasonable reaction to have, but it meant that we tended to look at the women in the past as victims. And the other version, which was completely different, was that we could find some very strong, powerful women, so let’s talk about them.

Both of these were reactions of women now to the past. But if you really want to understand the past, which is my job, as a historian, I think you have to ask a much more subtle question: women had intelligence, had personality, they were like us, but they were constricted very powerfully, so how did they make it work for them? If they were living in the cracks, how creative could they be within those cracks? If you ask your grandmother how was her life in the communist period, you could say it was horrible, or you could look at her and go: she did this and this and this – this is who she was. Just because she wasn’t empowered or just because she wasn’t famous, that doesn’t mean her life isn’t worth something in the bigger tapestry. If you really want to be honest about history as well about women, you have to stop being angry.