„It mattered more «what» you were, than «who» you were”. Interview with Saša Stanišić 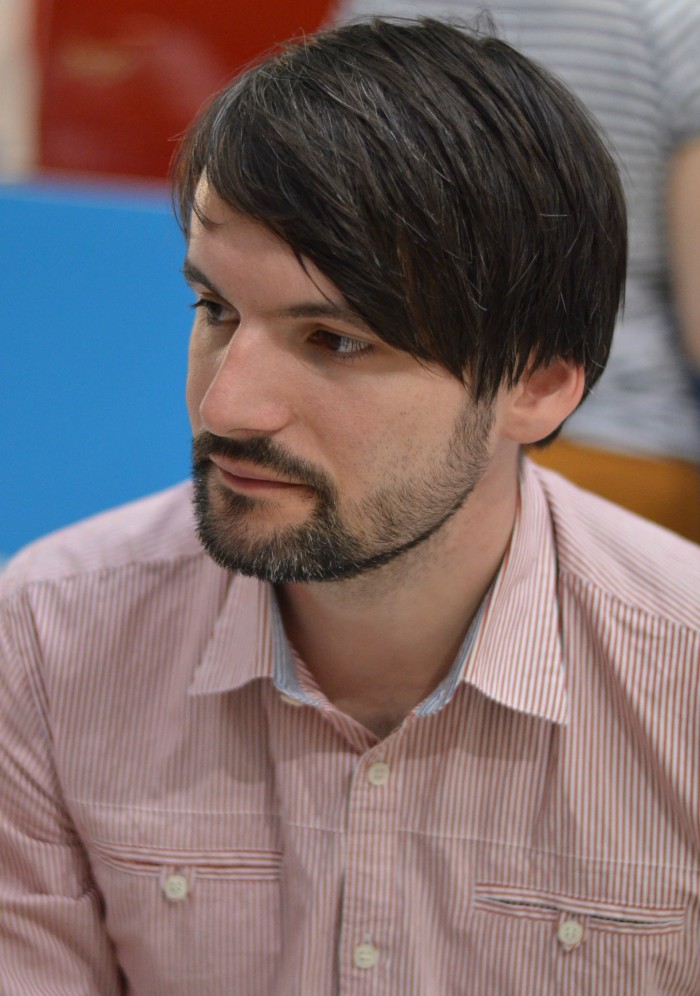 We had the chance to speak with Saša Stanišić at The International Book Fair (29 May – 2 June 2013), when he was among the special guests of the event „Three countries, one language”. Saša Stanišić was born  in Visegrád (now, Bosnia) and in 1992 he emigrated with his parents in Germany.

He is best known for his novel How the Soldier Repairs the Gramophone, nominated for the prestigious Deutscher Buchpreis, in 2006. We spoke with him about war experience and how much it influenced his writing.

In How the Soldier Repairs the Gramophone, you speak not only about the dramatic events in ex-Yugoslavia, in the 90’s, and the political repercussions, but also about the consequences on the personal lives, about how these events changed identities. How did the war shape your identity?

Well, I saw horrible things, had to leave the country, go to a new school, learn a new language, meet new people, get used to a different culture and much more. So I guess: it did shape me strongly. I couldn’t tell how really, because I can’t know what would have happened to me as a character if I had stayed. But I know that nowadays not many things scare me, and small problems do not really make me inpatient. Probably because I know how shitty life can be all of a sudden.

How much of the experience of the war made you want to write? If it wasn’t for this particular experience you lived through, would you have still felt the need to express yourself this way?

I wrote already before the war, so the war did not really have that big of an impact on me wanting to tell stories. I think that even without the war, I would have be writing now.

You left Bosnia when you were a child. When did you return for the first time and how did you find your birth place? Can you say you felt at „home”?

I returned in1996. It was a devastating experience. So much had changed, and it changed for the worse. My hometown was full of people, refuges, soldiers, everyone was scared or anxious, the war scars were to be seen everywhere. It did not feel at „home” at all, if „home” is defined for being something that makes you feel safe and good.

Aleksandar, your main character, is a very imaginative child, who enjoys telling stories. His grandfather is the one who encourages him not to stop telling stories. Was there someone in your family who inspired you this way?

Everyone a bit I guess. We were a lively family.

After the fall of the communist regime, Aleksandar and the other schoolmates don’t understand very well what the real change was. How did you perceive the new social and political reality back then?

Pretty much exactly like him: I didn’t get it. Many people suddenly started cheering for their own team – being a Muslim or a Catholic meant so much where it was not a big deal before. The mood turned from completely common to aggressive, and it mattered more „what” you were, than „who” you were. Basically, I thought people had turned (or were turned) to some kind of mindless robots programmed to only separate, oppress and hate.

After 20 years of living in Germany, do you still feel like an immigrant, or „one of their own”?

Not very often. Actually, mostly when it comes down to things that have to do with my name. I do like to provoke Germans with my migrant self. Most of them are very careful not to hurt your feelings, they are being over sensitive while trying to show you how they think everyone is equal, no matter if foreigner, gay or a duck. That is very sweet.

What are the biggest preconceived ideas about Eastern Europe you still meet even after 20 years of living in Germany and how do you answer them?

Chickens in your bath tub, Dirt, Stealing, Excess, Corruption, Moustaches, Vodka, Leather Jackets, Instability, Onions. Some of them I actively pursue myself. Some I do try to negate.

The theme of the past is a very important one in the book. For Aleksandar’s grandmother, it is important to remember the times when all was right, but also the times when nothing is like it used to be. Do you believe in this dichotomy – back then everything was right vs. now everything is out of place?

No. I think that time has to be measured in an eternal „now”. Always with a glance into the past and trying to grasp the future, but holding on to memories is not really helpful. Not for personal gains and not for the gains of a society. I do believe that talking about the past in an honest and forgiving tone is helpful to cope with the present, but I strongly distrust people who believe that the past was „good” – it makes me believe that they are not trying hard enough for the „better” of the present.

„There is no absolute evil, nor absolute memory”, Aleksandar meditates. How do you comment this statement?

Evil: well, it is and always will be a perception thing. Many people from the Balkans will still tell you that the war criminals did the right thing during the war. So, for them these monsters are not „evil”. For others they are monsters.

Memory: This is a scientific measurement. We actually change our memory almost every time when we try to remember something – a person, a situation. We develop new insights, fictionalize events, and so on. Remembering is the most subtle way of story telling (to yourself).

We must never forget the mistakes of the past and therefore, we should remember what happened. Will you continue writing about war and loss?