“Writing is in my genes”. Interview with Zeruya SHALEV 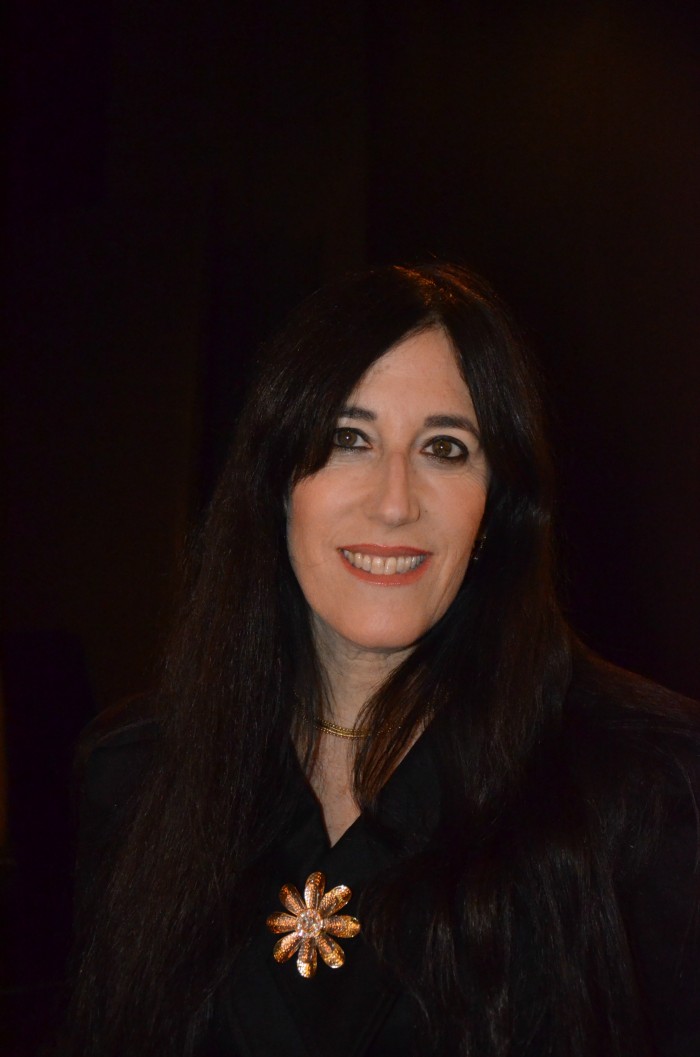 Alongside Amos Oz, Zeruya Shalev is the most well known Israeli writer, whose books, such as Love Life, Husband and Wife, Thera, The Remains of Love, are bestsellers all around the world. We met her at the International Literature Festival in Bucharest 2013, and we talked about what influenced her as a writer, how it is to live in a Jerusalem, and what made her speak, in her latest book, The Remains of Love, about the relationship between parents and children.

How much do you think the political and cultural environment influences the inner life of a writer? How did the kibbutz shape your personality?

I was born in the kibbutz, I grew up in a completely different place and I think the biggest influence of my life was this place where I grew up, where I was very isolated, because there was nothing there, only orange trees, carrots… Of course there were the students who came to study at this college were my parents were teachers, but I was a very lonely child, I only had my brother and my cats and dogs. That was the time when I learned to entertain myself with stories and to enrich my imagination. I guess writing is in my genes, but it was also a context in which I couldn’t avoid it, because the inner world was all I had, considering that in the outside I didn’t find anything, except the sky and the clouds, the trees and the flowers. I remember taking long walks, alone, taking care of my cats and inventing stories. So I think that if we talk about the influence that a place has upon you, this was the place that most influenced me. And then, it wasn’t easy to move to Jerusalem, because I wasn’t used to a big city. The reality of the outside started to weigh more, because in Jerusalem you can’t ignore the outside. During time, I managed to find a balance between the two realities. Living in Jerusalem and writing in Jerusalem is always a struggle, because the tension is huge, sometimes is even tragic. On one hand, is really disturbing, but, on the other hand, is a huge inspiration.

Did you ever consider Jerusalem so dangerous for you that you should go and live somewhere else?

Only one time, after the terrorist attacks, ten years ago, when I dreamt about moving to a quiet place, without grief, but I realized there’s no such place in this world. And we shouldn’t be controlled by our thoughts of chasing the safe things, because you are never really safe.

You have an MA in Bible studies – why did you choose this field and how did it influence your writing?

This also has to do a lot with my childhood and education given by my parents, especially by my father, because he was a Bible scholar and a literary critic. First of all, my name, Zeruya, is a biblical name, very unusual even in Israel. Zeruya was King David’s sister, and, as a child, I always had to explain to other children who she was and why I was named after her. So my connection to the Bible started when my parents chose my name. And then, my father used to read stories from the Bible, since I was two or three, and my brother and I loved them, we were fascinated by them. We were not religious, but I grew up with the sense that what I read in the Bible was relevant for my life and for the life in Israel. At University, I chose Bible studies and I think this influenced my writing in the sense that I felt I had to give my readers the same sense of relevance.

Do you consider yourself a religious person?

No, not at all. I see the Bible as a source of inspiration, for me it’s literature.

I started as a poet, but I always stuck to prose – for example, I wrote a 200 pages novel when I was ten, and I am still trying to find time to read it again. It took years until I finally felt more confident to devote myself to writing prose, but it wasn’t a matter of decision, it just happened. I remember I started to write a poem and suddenly I realized the sentences are getting longer and longer, and after ten pages I realized I was actually writing prose.

In The Remains of Love, one of the bitterest memories Hemda has is that in which her father wouldn’t allow her to be herself, forcing to engage in very brutal activities, which did not suit her at all. And, above all, she loses, with time, the pleasure of storytelling. What does this mean for a person? Did you ever feel that you had to stop telling stories for fear of becoming an outcast?

For this book, I was very influenced by my mother’s stories, she was the one who grew up in the kibbutz, and I remember listening to her again and again and being fascinated by her stories, so Hemda’s childhood is similar to my mother’s. She wasn’t a storyteller, she was a painter, but she was not allowed to develop her talent in the kibbutz, because they didn’t need a painter, but someone who can work in agriculture. My grandfather, who was maybe the first feminist in Israel, practically tortured her, because he wanted her to be like a man, but that didn’t fit her, so she was really miserable. My childhood was completely different, I wrote since I was six and I was encouraged to do it, my parents were very understanding. And it wasn’t easy to choose writing, considering that my father was a renowned critic, I was a bit overwhelmed, it was hard for me to show him what I was writing.

In other novels of yours, you focus mainly on aspects concerning lovers or spouses. In The Remains of Love, what made you lean towards the relationship between parents and children?

I think it all started when I had to face the process of the end of life. I was taking care of my mother when she was very ill and watching other old people in the hospital and somehow, from the end, I got to the beginning. I tried to think of old people, not only of my mother – she is quite different from the main character in the book, she was much less philosophical: I remember trying to talk to her in order to gain inspiration for the book and I would ask her what she though about life after death, if she thought she would meet her parents in the after life, and she would say “Oh, no, I don’t think about it at all”.

With every generation, in The Remains of Love, it seems to me that the conflict and the identity crisis are getting stronger, and that indifference is more likely to overcome other feelings. Do you feel around you a certain conflict of generations as depicted in the book?

As always in literature, the themes are brought more to the extremes, but there is this conflict and I feel it when I try to observe the life around me, the state of Israel: the first generation is very strict and also very idealistic. Their children were a little bit indrawn, because when you are raised in this fanatical way, you lose yourself, and then, the next generation became much more materialistic and even unhappier. But the generation of my children is becoming again more idealistic. In the book, I try to make strong connections between the state’s history and the generations, between the way you were raised and the life you choose – I think it’s a book about the ability to change, and in this matter, I believe it is one of my most optimistic books, even though it starts with an old dying lady. Each and every character, even her, manages to redeem themselves, even if it is only a tiny improvement. In the beginning, the old lady feels that even for dying, you have to be loved and, in the end, she finds in herself the ability to love and then she can die in peace. It’s not a happy end, but it can still encourage us to understand that it is never too late to set things right.

Do you communicate well with your children?

With my daughter is very easy, we communicate all the time, but my son is much more reserved, but I don’t let it go, I struggle to communicate with him, because I feel this is the most important aspect in education, in my relationship with him – the ability to talk to each other, even if he’s angry or upset and has negative things to say. Especially if he’s upset I want to listen to him, sometimes I really beg him to open his inner world and let me help him. I don’t always succeed, but sometimes we manage to communicate and it’s wonderful.