Uzma Aslam Khan (interview): „Writing is a compulsion. I have to do it, it isn’t a choice.“ 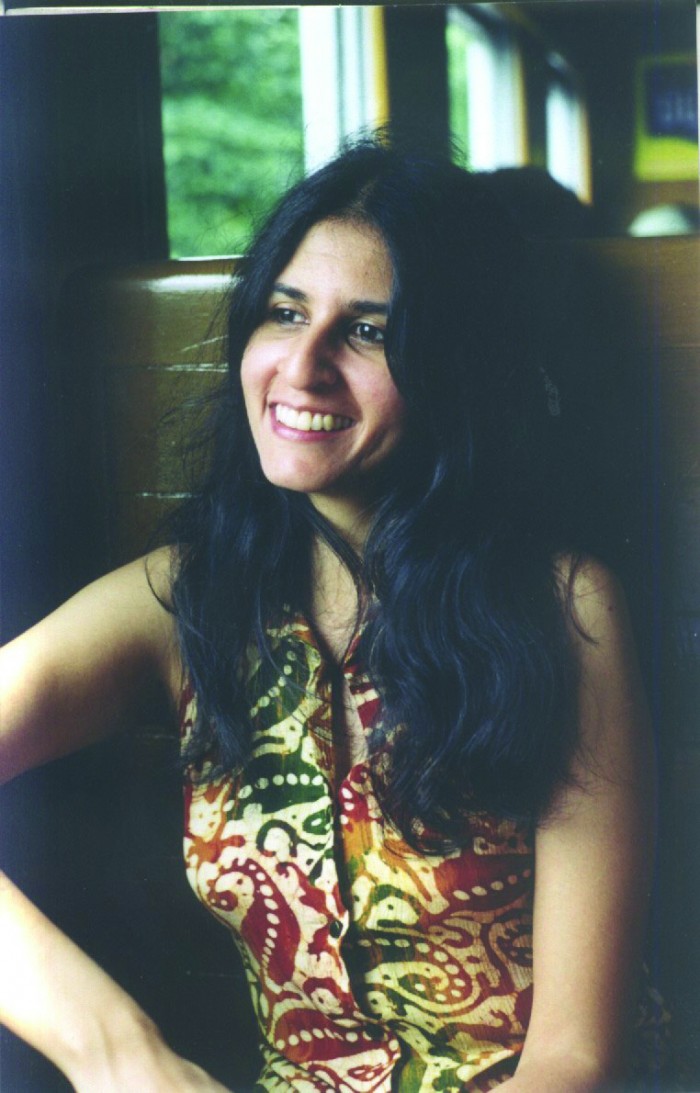 Uzma Aslam Khan, a renowned Pakistani writer, talks about pivotal interests, both in real life and in literature. Discussing Trespassing, a novel that has been recently translated into Romanian, she offers details about the process of coming to her stories and about her drive for writing.

In an article written for The Drawbridge you say the following: Asians living in Asia are most of the time portrayed as reactionary dullards, while those who go West have but two roads to choose from: the backward path home or the forward path of assimilation. You have lived in many places, therefore I would like you to explain your decision to remain in Pakistan, considering the amount of prejudices you talk about.

I have lived most of life in Pakistan, but my location is not fixed, and I am currently working outside my country. But it is true that Pakistan is the place I call home; it is where I was born and mostly grew up.

What other differences of perception have you noticed between Asian writers established in their native places and Asian writers who chose to live in the Western world?

I mention several others in the article, and not only in relation to where the writer lives. For instance, there is pressure on writers who are Asian (or African) to somehow explain the East to the West, as though we ought to double as cultural ambassadors, or anthropologists. In contrast, when I or any Pakistani I know read a book from an unfamiliar place, it is not with the expectation that the writer will clarify the setting for us; the expectation shifts to the reader, to look up what we don’t know, and put ourselves in another’s skin. A further difference is that there are often preconceptions on the part of a western imagination, generated by the media, of how the East should appear, particularly with regards to women, who typically appear as hidden, voiceless creatures forced into marriage. But, as I hope I show in Trespassing, this is a very incomplete picture of a varied part of the world, where some women struggle daily to buck patriarchal convention in many different ways.

You chose to remain in Pakistan, yet write in English. Isn’t it difficult, having to deal with a constant (linguistic) switch?

I have grown up speaking both English and Urdu, so the switch is completely natural for me. In fact in my books, particularly the one I wrote after Trespassing, called The Geometry of God, I had a lot of fun creating a language that played with both English and Urdu, through puns, rhymes, and poems. Language is power, and it wasn’t until I began exploring the sounds I’ve grown up hearing in my writing that I really understood this.

In Trespassing, and also in other writings and articles, you criticize the American administration for fueling hate-speech, racism and violence against civilians in the war zones, especially in Middle East. What reactions did you receive to such topics, approached in your fiction? How do these reactions differ from country to country?

I had some differences with my US editor at the time about those sections, apparently for editorial not political reasons, a difference I didn’t and still don’t accept. I had to fight to keep the book as is, a fight I eventually won. None of my other publishers pressured me about those passages, for any reason. Unfortunately, the US media mostly ignored the book, but I feel very fortunate that the book has received so much interest from South Asia and Europe.

A few years ago, you have written an open letter to Barack Obama, criticizing his views on foreign policy, with focus on militarization and a desire to continue the interventions in Middle East. Which were the reactions to that? How would you appreciate his actual policy with respect to the same topic, taking into consideration the political changes that took place in the Middle East in the last few years?

The letter was written in 2008, during Obama’s first election campaign. I received a lot of responses, ranging from curses to thank yous. I found it interesting how many readers in Canada belonged to the latter category. With regards to his actual policy, his threats to bomb Pakistan – which is what prompted my letter – were duly carried out, weren’t they? He expanded the drone program started under Bush; today, in his fifth year, Obama has ordered over 400 strikes, which mostly kill innocent civilians, including children. The civilian deaths are neither documented nor acknowledged. Nor are the psychological effects of the bombs on those who survive, the terror of the children who live in fear, their screams each time they hear a drone. The drone war is a violation of international law and a violation of human rights, and anyone with a conscience must know it.

There is an equally important theme in Trespassing and it regards women’s position in an oppressive society. Do you think women’s fight for rights can go along with a more general fight for national … dignity (independence, autonomy etc.), for instance (a fight shared and desired by both men and women)?

Pakistani women struggle on many fronts – economic, environmental, political, intellectual, sexual, national and international. They all intersect, so no matter how small the fight may seem, it is always much larger. And no matter how large it may seem, it always strikes home.

How significant was the nominalization for Man Asian Literary Prize brought to you by Thinner than Skin?

The road to and through a book can be incredibly lonely and frightening, with no one but the characters to guide us. Thinner than Skin is my fourth book, so I’ve been on this road for a while, which made the nomination a big honor, bigger than if it had been my first book.

What do you search for when you read fiction? What is significant for you in terms of literature?

There are quite a few Asian writers who have gained notoriety, especially those living abroad, either in USA or in Great Britain. Can you talk about your favorites?

I recently read, and taught, Animal’s People by Indra Sinha. The book altered me, and I know it made a deep impact on many of my students. I also delight in Vikram Seth’s writing, particularly his novel An Equal Music and the poems Beastly Tales. But I don’t follow any writers by region or nationality. I admire Vikram Seth and Indra Sinha for the same reason I admire Adania Shibli or Sarah Waters: they write beautifully.

Can you talk a little about the process of building your stories?

My books usually begin with a setting, and an image or a voice that roots me to it. In Trespassing that image was Daanish’s drive home from the Karachi airport, about thirty pages into the novel. That’s the first scene I wrote, and then, very slowly, I built around it, like a caterpillar, linking threads. I rely on research to some extent, too. With Trespassing, my research included keeping silkworms, which I could then observe close up, and also visits to bus body making workshops both in Karachi and in Lahore. But the majority of the information I collected wasn’t even needed to tell the story, because the process is mostly sensory and unconscious.

How about the process of building yourself as a writer?

How I built myself as a writer (rather than how I arrive at my stories), it is hard to say, since I didn’t consciously try to be a writer. Rather, writing is something I have always done, ever since I was a child, and at first in great secret. But I can share with you some pivotal moments that likely kept developing the writer in me. At the age of seven, for instance, I wrote a story about a princess and her horse that won me a copy of Oscar Wilde’s Fairy Tales, and this must have encouraged me. I have Wilde’s book with me still. I was living in London at the time and a lot of English girls were taking riding lessons, but my family couldn’t afford to. Perhaps I wrote the story both for pleasure and as a way to make up for some absence. And I wonder if these continued to be motivating factors as we moved back to Karachi from London in 1979. The Soviets had just invaded Afghanistan and the CIA gave billions of dollars to Pakistan’s military dictator, General Zia, to fight the Soviets next door. Pakistan grew heavy with drugs and arms, as well as with highly oppressive laws and changing cultural conventions. Looking back at the time, I realize that I was developing a hunger to know my place in these chaotic layers, a hunger that must have helped make me a writer. It’s the hunger to make up for what was never said.

How do you write? What motivates you to go on?

Writing is a compulsion. I have to do it, it isn’t a choice, and when I can’t – for reasons to do with health, or finances – it is like being deprived of oxygen. Writing is how I live.