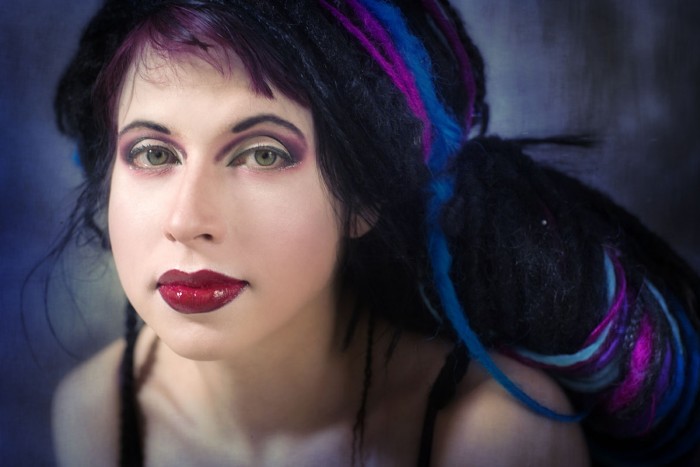 Sofi Oksanen, novelist and playwright, is probably the most famous Finnish contemporary writer. The novel Purge (2008) was translated in 43 languages and won many distinctions, as Prix Femina Etranger (2010), The European Book Prize (2010), Le Prix du Roman FNAC (2010). She also wrote Stalin’s Cows (2003, her debut), Baby Jane (2005) and When the Doves Disappeared (2012, the most recent book published by her).

Laura Sandu: After the fall of the Iron Curtain, the communist world, with its specific flavours, began to slowly disappear. You write about this in Stalin’s Cows. Do you think people who grew up in communist countries tend to have a more critical attitude towards capitalism, as it completely swallowed the realm of their childhood?

Sofi Oksanen: What comes to Estonia: no. Nobody talks about capitalism. People talk about Western ideas or Western influences and none of them are considered good.

“Capitalism” as a word sounds rather old-fashioned from the Nordic point of view. I’ve met people using the word “capitalism” nowadays in very few countries. In those countries communist parties have some kind of position, or the person talking about capitalims has close connections to communism party/ideology/ or he/she is a left-winger in a heavy way.

NB: Post-Socialist countries were not communist countries. Socialism and communism are two different things and none of the Eastern bloc countries ever reached the level of communism.

L.S.: In Stalin’s Cows, Anna says hunger is the same thing, that it causes the same behaviour, whether it is felt by poor, famished people or by people who suffer from eating disorders. Would you support this statement?

S.O.: Biologically it’s a fact, not a statement nor an opinion and because biology is connected to psychology, the psychological symptoms are the same.

L.S.: The male characters in Stalin’s Cows are almost never in the spotlight, and sometimes even not fully individualized (Anna’s father is called “the Finnish guy”). Could you tell us why did you make this choice?

S.O.: Because it’s herstory. Not history.

My latest novel When the Doves Disappeared has leading roles for males because the novel is a history: it’s about those who wrote the official history and they happened to be male quite often.

L.S.: It seemed to me that the characters in your books (Anna from Stalin’s Cows, but also Zara and Aliide, from Purge) truly know the meaning of loneliness. Anna has a friend, Irene, but their friendship is mostly based upon their unhealthy interest in food. Do you believe that friendship between women is a myth?

L.S.: Did it take a lot of work to reach this level of expressiveness? Did you write a lot before publishing your first book?

S.O: I’ve wanted to become an author ever since I was six years old and that’s when I started to write. Stalin’s Cows, however, was my first manuscript for a novel. I found my own voice about three years before starting to work on Stalin’s Cows.

L.S.: In what I believe to be a very useful essay, Kathryn Chetkovich talks about how women are more likely to see writing as therapeutic and how men seem to feel more “naturally” that they have the “permission” to write. What do you think about this? Do you relate to these statements?

S.O.: No, I don’t. Fifty percent of authors in Nordic countries are female, so being a female author is quite natural and also, it is a natural ambition for a girl to become an author. Perhaps the idea is suitable for countries with gender equality problems. It might’ve been like that in Nordic countries as well ages ago, but it doesn’t go with the modern Nordic world. Women’s books are talked about just as much as books written by male are, if not even more. My latest novel was compared to Tolstoy’s and Tarantino’s work, so I cannot say that women authors are compared only to women authors. Before – yes, but it’s not the case anymore.

I read the story, well written – thanks for the link, but it could’ve been the other way around as well: a male author-to-be thinking the same thoughts about a female author who has already published a novel or two.  Professional envy in the relationship of two authors is an old story and, therefore, I never recommend it – an author dating another author. The everyday life is still more on the shoulders of a woman (childcare for instance) and there are so many female authors who give an author spouse more time to write when they themselves deliver babies, feed them and take care of them, after a year a two they ask ”oh my, where are my books?”

It was quite obvious for me that I’d never marry an author myself. I think history has given us enough examples not to do so (if you are an author yourself). Think about Anais Nin who gave her typwriter to Henry Miller, who didn’t have one!

But nowadays, male authors also take care of children, so the world is changing. However, professional envy does not vanish, in a relationship of two authors (or two artist from the same field).

LS.: What advice would you give to women who feel the need to write but they are inhibited by their lack of confidence and believe that what they have to say is either not interesting enough or not important enough?

S.O.: Women? Why not men? Quite many people want to write and many of them want to become published authors. Most of them feel insecure about their writing and it’s not gender-related, but a normal feeling for someone wishing to become an author.

My advice for someone wanting to become a published author:

L.S.: Who do you think is the most influential contemporary (female) writer?

S.O.: I cannot name one, nor do I have knowledge enough about the global influence of anyone.

L.S.: Are there any visual artists whose work inspire you at this time?

L.S.: Finally, even though I imagine everyone must be asking you this question, I can’t help but wonder what you are working on now. Could you please tell us what your next book will be about?

S.O.: Sorry, I prefer not to talk about the work in process:)

The play When the Doves Disappeared will premier on the 27th of November 2013 at the Finnish National Theatre and I’m just finishing the last phrases.